I went a week without Android Wear and it really sucked 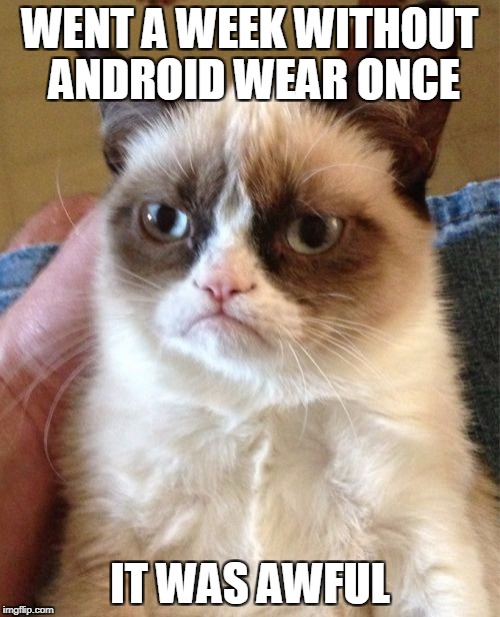 So, I've been seeing a lot of discussion from folks through the blogosphere talking about the recent introduction of the new Apple Watch and how it's a moot point because wearables are dead.

Then there are my own issues I'm having with the recent update for my 360 Sport getting Android Wear 2.0, and even suffering from the horrendous UI of my favourite watch face (so hard having to pour over finding a replacement) that I have people asking "yeah, but why is it worth it? I don't think I ever could want that".

True, using a wearable isn't for everybody.  But when I think of the struggles I have or how it might work for someone else, I reflect on the week that I went without my watch and what a pain in the ass it really was.

Maybe, it was mostly because I had gotten used to something and it was gone.  Sure.  But, I think that most people could find using an Android Wear watch a real benefit more than 'just another thing'.  Let me give you my thoughts.

I'm going to have to do a post just on Android Wear 2.0 and my frustrations, but even still... it's not something I'd go without anymore.

So, it was during a week I was out of town for a work course and I had a review of the TomTom Touch.  I wanted to give it the proper feel and so shelved the 360 Sport for the week.

Here's what I missed out on during that week, and what made me immediately put it back on as soon as I could
So, do you use Android Wear?  What feature could you not last without?
Opinion