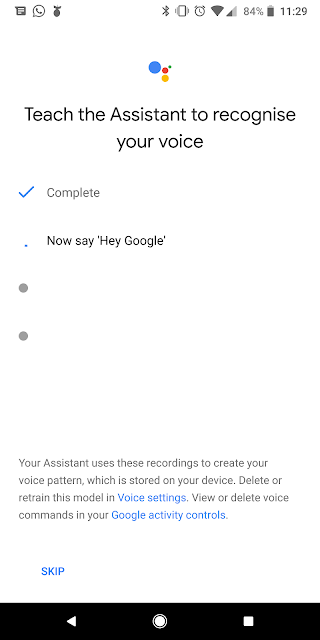 I'm not so sure how I feel about this.  I've gotten so used to saying "Ok, Google" ... especially my son.

So getting the update for the Assistant yesterday it asked me to retrain my voice model.  And typically it's been the "say 'Ok Google' 3 times".

So... we can initiate the assistant in both ways now.

Siri can be initiated by the "hey", whereas Alexa doesn't need it (just say her name).  Did Google choose 'hey' to marry up to Siri ... or is it just easier to say?  Okay Google does have a bit of 'cacophony' to it ...