Posted by Ryan Moore on October 31, 2017
Go to a boardroom these days and what used to be a sea of BlackBerry Bolds has changed ... lots of iPhones and Samsungs ... but I know a lot of those CEOs and directors aren't happy about that.  My boss still refuses to switch over to anything that doesn't have a keyboard.

For many in Canada, BlackBerry was synonymous with business.  Sadly, the company has had some difficulties in the past few years, but that hasn't deterred their fan base from asking for more and BlackBerry has continued to deliver.  Partnering with TCL to make the hardware they have launched several phones, most notably the KEYone.  A phone that made Rob Blaich throw down his Nexus 6P and use that. 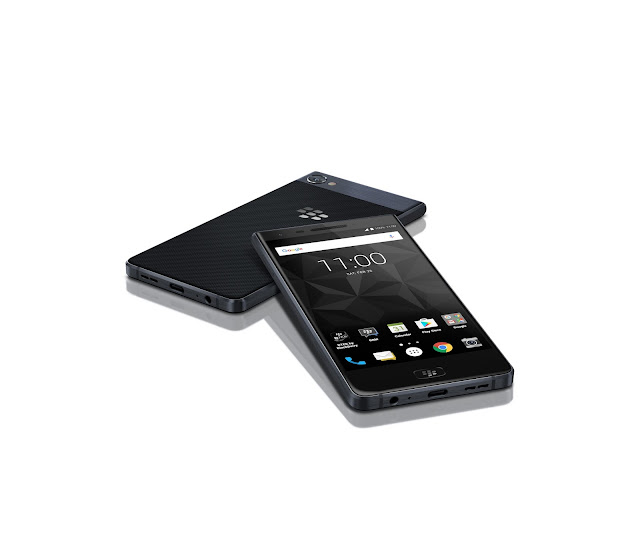 Today, TCL announces their latest BlackBerry phone, the Motion.  The Motion doesn't have a keyboard, but it has something that other BBs haven't had ... water and dust resistance.  It's the first IP67 rated BB.  Heading to Telus, Bel and SaskTel, it'll be a $99CDN phone when purchased on a plan. 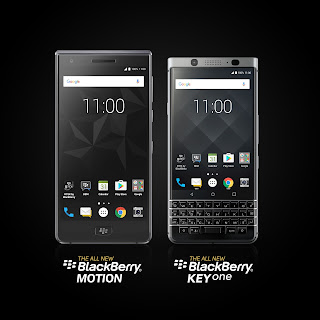 Decent specs for the mid-ranging price.

"Working with our partners in Canada to launch our newest BlackBerry smartphone gives us the opportunity to bring our expanded portfolio to this important market, delivering new experiences while remaining steadfast with legendary privacy, reliability and productivity that have made BlackBerry so iconic over the years," said Steve Cistulli, President and General Manager for TCL Communication, North America. "The BlackBerry Motion is an exciting addition to our growing BlackBerry smartphone portfolio in North America, and it sets a strong foundation for additional portfolio growth in this region in the years to come."

"Once again TCL Communication has delivered on their promise, to produce a true BlackBerry device that will meet and exceed expectations," said Alex Thurber, SVP and GM of Mobility Solutions, BlackBerry. "We're confident that customers, who are becoming increasingly aware of the importance of security and productivity on their smartphones, are going to enjoy the new BlackBerry Motion."

MADE FOR REAL LIFE
A new first for BlackBerry smartphones, the IP67 water and dust resistant rating is combined with the new 5.5-inch Full-HD Premium Anti-Scratch Display, creating the sleek, purposeful-designed BlackBerry Motion that features a hardened aluminum frame and soft-grip textured back to provide greater durability and protection for real life everyday use.

BlackBerry Motion also comes with the largest battery ever in a BlackBerry smartphone (4,000mAh), offering 32+ hours of mixed use.  When in need of a charge, Qualcomm® Quick Charge™ 3.0 enables up to a 50 percent charge in roughly 40 minutes using a USB Type-C charger. Powered by Android™ 7.1 Nougat, this all-new BlackBerry smartphone gives customers access to the entire Google Play™ store and will receive monthly Android security updates for a minimum of two years. It will be upgraded to Android Oreo in the new year.

New to this latest BlackBerry Smartphone is a personal Locker. With Locker, customers can store documents and photos to an internal storage area that requires the device owner's PIN code or fingerprint to access. Locker Mode allows customers to capture images and directly save those photos to the internal storage area, so they are not automatically saved to a cloud.

MADE FOR CONVENIENCE
Customers can also experience an enhanced Convenience Key, fully customizable, and brings even greater functionality and context to the quick-access physical key – unique to BlackBerry smartphones. This feature now includes four customizable profiles for Home, Car, Office and User, allowing three different shortcut options that can be triggered by a home WiFi network, in-car Bluetooth, meetings that are synced to BlackBerry Hub or the most commonly used apps. There is also a fingerprint sensor on the front of the device, which doubles as a physical home button for added ease of use.

For more information about the BlackBerry Motion, please visit: www.BlackBerryMobile.com.

TCL is a registered trademark of TCL Corporation. All other trademarks are the property of their respective owners. Alcatel is a trademark of Nokia used under license by TCL Communication.

Trademarks, including but not limited to BLACKBERRY and EMBLEM Design are the trademarks or registered trademarks of BlackBerry Limited, used under license, and the exclusive rights to such trademarks are expressly reserved.  All other trademarks are the property of their respective owners.  BlackBerry is not responsible for any third-party products or services.