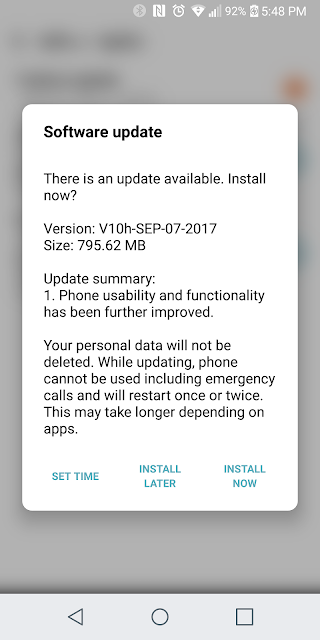 I get so excited to this one notification on my devices, one stating there's a system update downloading.

So, I got a little happy when my G6 got the notification the other day.  It was fairly large at almost 800MB.

That had to mean something big...

Well, it only had 1 point in the summary:

Phone usability and functionality has been further improved

But what did it update to? 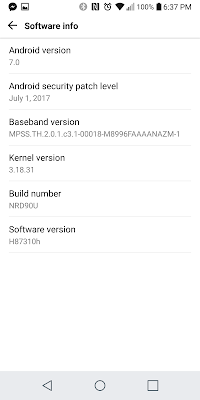 Well, it says it's on the July security update (so a little behind my Z2 Play (which is August).  So that's a plus.

But the only real notice I could see that it included was when it first booted up it showed a new pop up screen I hadn't seen before.

This said that if my device were ever unresponsive  I could hard reset by using Power+Vol-.

I think I already knew that, but I guess they are now including a dialogue for that. 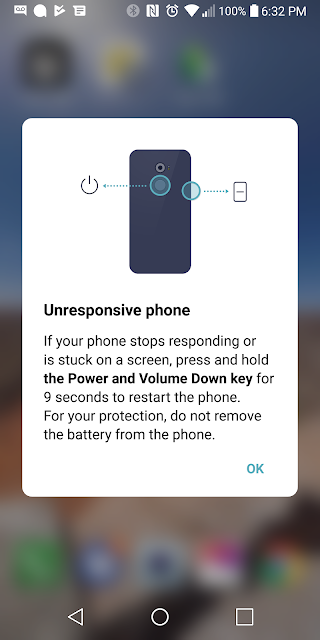