Posted by Ryan Moore on August 30, 2017
So, apparently the world runs on photos.  Friends on Snapchat, friends posting on Facebook, Instagrammers... lots of people always taking a photo.  We have a really good one at our fingertips most of the time.  But sometimes it's a pain to take it out.  Like when I'm biking and I think there's a good shot of some deer, or I'm hiking on a trail, but I put the phone in a pocket, in a container to protect it from banging or getting wet.

It's a few instances, but wouldn't it be easier to have a camera that was always with you and was a little more resilient?

Welcome to the wearable camera sector. 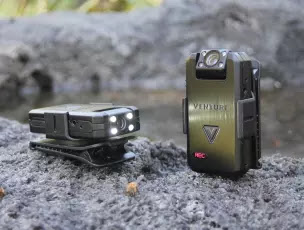 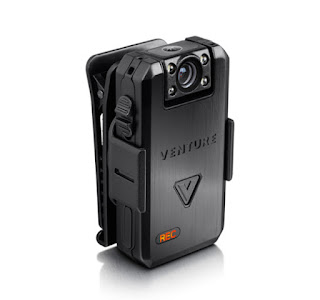 So it looks like a regular body camera except that there's going to be a rotating head so you can adjust the angle, or set it down and short forward versus standing up.


The other neat thing is that it looks like it's going to have a whack of accessories (clips and stands but also a battery pack or headsets).

Why we're interested here at the site is because there's an app, which you can connect to with your phone and then use it to control the device or stream it through Facebook or Youtube Live.

That's pretty neat, so then you don't have to worry about holding some selfie stick or gimbal etc... if you're doing something fun, just go really hands-free.

So, prety neat stuff.  You interested in grabbing a good deal?

WOLFCOM® Introduces VENTURE - The World’s Most Versatile, Wearable and
Clippable 4-in-1 HD Camera

Featuring a Rotatable Camera Head and a Multi-Functional, Clippable Design, VENTURE can be Used as a Body Cam, a Car Cam, a Flashlight Cam and a Livestream Camera; Indiegogo Campaign Launches Today to Fund Product’s Final Development

(Los Angeles, CA) – August 30, 2017 – WOLFCOM, an industry leader in Law Enforcement body cams, today introduced VENTURE, the world’s most versatile, wearable 4-in-1 HD camera.  VENTURE features a rotatable camera head and a multi-functional, clippable design so it can be used as a body cam, a mountable car cam, a flashlight cam with four bright LEDs and a livestream camera.  With 2.5 hours of battery life (up to 23 hours with optional battery pack), it’s perfect for live streaming to Facebook Live and YouTube Live from anywhere, anytime.  An Indiegogo campaign (https://igg.me/at/venturecamera), which has a funding goal of $25,000 USD, features limited Super Early Bird specials of $149 USD (60% off retail) and several other rewards for early backers.

With VENTURE and all of its accessories, the options for photo and video capturing (120-degree Wide Angle lens with no fisheye effect) and sharing are endless. VENTURE, which is made of aircraft-grade aluminum and lightweight at 2.2 ounces, can be combined with additional Point of View (POV) cameras (Eye Vision, Covert Pinhole Button, Night Vision and Headset), allowing the audience to have the same perspective of the user, which is key in recording either sensitive material or exciting “in-the-moment” activities such as motorcycle riding, mountain biking, snowboarding, etc.  When one of the secondary POV cameras is connected to the VENTURE, the unit’s proprietary Critical Reconnect Technology™ prevents any missed footage if the 2nd camera’s connection to the VENTURE is lost - recording will continue, never missing a beat.

By using VENTURE’s intuitive mobile app, which also acts as a wireless remote control to record video and take photos, users can record and livestream video directly via a Wi-Fi connection to their smartphone.  Live video is then streamed using the phone’s 4G/LTE connection (access to a 4G/LTE connection is necessary for live streaming).  They can also grant friends private access to their stream.  Additionally, VENTURE users can use the Remote Access feature from the app and program VENTURE as a Wireless Security camera to remotely monitor their home, property, kids or pets.

“With Facebook and YouTube Live becoming very popular across all generations, we designed VENTURE to be the world's first wearable Live Stream camera designed for everyone," said Peter Austin Onruang, founder and president, WOLFCOM.  “With VENTURE, anyone can be a Star.  It’s like having your very own broadcasting studio wherever you go.  Just clip the camera where you want, then capture and stream from your point of view - it's that easy.”
camera indiegogo Venture