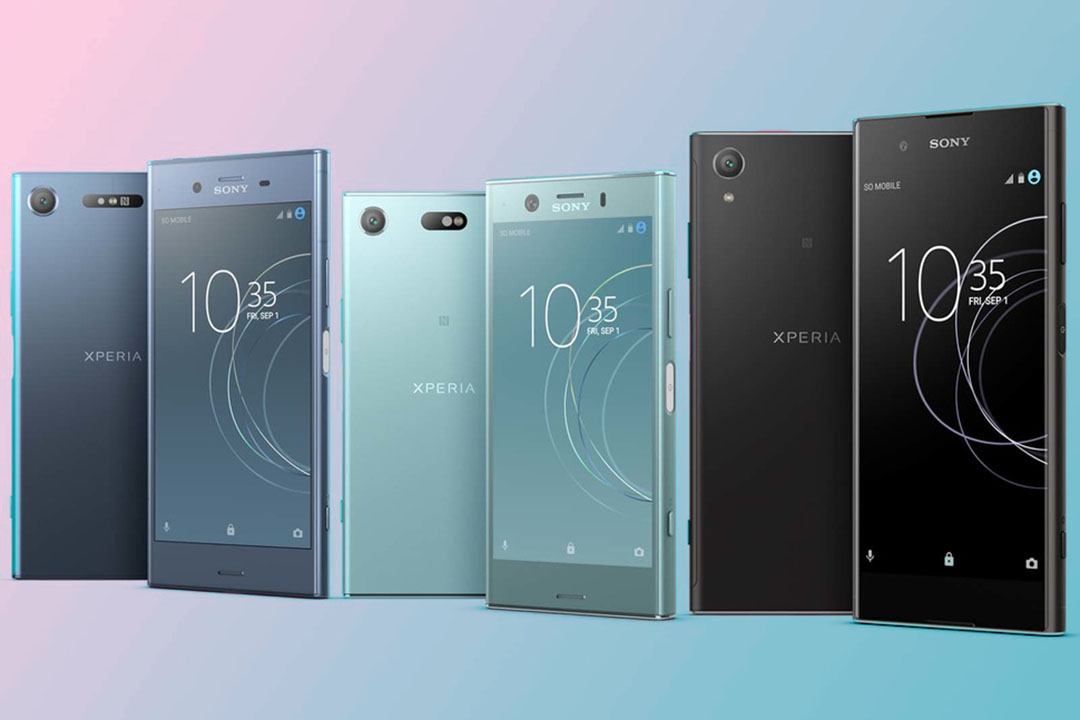 “These new smartphones build on the tremendous success and reception of our Xperia XZ Premium, which has received high recognition among our customers due to its world-class, innovative audio, visual and camera features,” said Kunihiko Shiomi, President of Sony Mobile Communications North America. “Now, for the first time, our customers can create, share and print 3D scans directly from our smartphones, an amazing breakthrough certain to delight the growing creative class who continue to amaze us with how they use their devices to make the ordinary extraordinary.”

Building on Sony’s traditional strengths in camera, visual and audio innovation, the Xperia XZ1 takes another step forward as the premier smartphone for fans of entertainment and content creation. It all starts with the camera. As introduced in Xperia XZ Premium, the camera on Xperia XZ1 comes equipped with Sony’s exclusive Super slow motion video capture, courtesy of the Motion Eye™ camera system. Built using know-how from Sony’s ‘α’ and Cyber-shot™ camera ranges, the Motion Eye system consists of a powerful 1GB memory-stacked camera sensor that processes images five times faster than conventional cameras found in other smartphones. This, in turn, provides the ability to create incredible Super slow motion videos at 960 fps, which is four times slower than videos captured on other smartphones[ii].

A new feature of the Motion Eye camera on Xperia XZ1 is Autofocus burst, which is an enhanced Predictive Hybrid Autofocus with rapid-fire burst capability that captures continuous motion at 10 fps while remaining in focus at 19MP resolution.

The updated camera also introduces 3D Creator, a breakthrough in mobile innovation and creativity. 3D Creator is Sony’s unique in-house algorithm for fast and easy scanning of 3D objects, offering a new world of creative possibilities. For the first time ever in a smartphone, users can capture high-quality 3D scans of objects in just one minute using the four scan modes: head scan, face scan, food scan and freeform scan. Each mode has its own custom guide for ease of use, and after users finish scanning an object, there are various playful options. Users can share scans with friends on messenger apps[iii] using 3D stickers or upload the scans to the 3D community (such as Sketchfab). Users can make the scan come alive by using it to create an avatar for use in the camera AR effects options, third-party apps, as a live wallpaper, or even send scans to a 3D printer to create a memorable keepsake. Within the 3D Creator apps, users can also choose the “Find More” button that takes them to even more possibilities available through Google Play to explore a wider and ever-growing 3D ecosystem.

Rounding off the premium camera experience is the first-class 13MP front camera with Sony Exmor RS® ISO6400 and a display flash for taking outstanding selfies in any light.

Xperia XZ1 also comes with a host of the latest Sony audio innovations, including S-Force Front Surround Sound and dual front-facing speakers, bringing users 50 percent more sound pressure[v] than previous Xperia models for an awesome sound even when users decide to listen without headphones. Other advanced audio technology includes SmartAmp (which minimizes prevents speaker degradation over time) and High-Resolution Audio, enabling users to enjoy every nuance and detail in a track as if users are right there with the artist. Plus, the built-in Digital Noise Cancelling (DNC) technology reduces exterior noise by up to 98 percent when paired with DNC headphones for undisturbed listening.

Xperia XZ1 is powered by the cutting-edge Qualcomm® Snapdragon™ 835 Mobile Platform with X16 LTE, designed to provide blazing-fast Gigabit LTE downloads speeds (up to 1Gbps) and performance to enjoy a modern lifestyle while users are working or having fun. The Snapdragon 835 Mobile Platform is engineered to support stunning graphics, smooth performance and enhanced battery efficiency. Xperia XZ1 is also the first smartphone to ship with Google’s latest Android 8.0 Oreo™. The device is perfect for smooth, responsive gameplay of users’ favorite PlayStation®4 games using PS4 Remote Play. File transfers are also super-fast thanks to the USB 3.1 connection, which is 10 times quicker than USB 2.0 with a transfer speed of up to 5Gbps.

Every aspect of Xperia XZ1 is encased in a timeless full-metal design constructed with Sony craftsmanship. The exterior has Sony’s signature flagship loop surface with a seamless body for a premium, understated look and refined feel. The water-resistant[vi], dust-proof design is built with active usage in mind, and has been constructed with a full body joint structure that’s strong against any twist and bend. Xperia XZ1’s display is reinforced with durable Corning® Gorilla® Glass 5.  Wrapping up the premium design are four new colors, each inspired by natural light and the beauty of the changing tones of morning: Moonlit Blue, Venus Pink, Warm Silver and Sony’s classic Black.

Xperia XZ1 Compact: The power of a Sony flagship smartphone beautifully packaged in a pocket-sized design

The 8MP front-facing camera on Xperia XZ1 Compact comes with an industry-leading super-wide-angle 12mm lens with 120° Field of View (FoV) for taking selfies that tell a more complete story by capturing more people and more of the surrounding scene. Users can easily switch to an 80° normal angle with a single on-screen click. The front-facing camera also features display flash for snapping beautifully clear selfies even in difficult lowlight conditions.

Xperia XZ1 Compact is powered by the leading-edge Qualcomm® Snapdragon™ 835 Mobile Platform. With download speeds of up to 800Mbps, Xperia XZ1 Compact lets users download an episode of a TV series in 30 seconds[vii]. It features battery capacity of 2700 mAh (the same as Xperia XZ1).

Xperia XA1 Plus: Bringing superior entertainment to the palm of users’ hand

Finally, Sony Mobile introduces the latest addition to its super mid-range family, Xperia XA1 Plus. Offering best in class entertainment in the palm of the consumers’ hand, it features a 23MP camera, 5.5” Full HD display and immersive audio performance with Sony technologies. Bringing a vibrant choice of three colours, Gold, Blue and Black, to express ones individual style, Xperia XA1 Plus features a rounded, sleek design with narrow borders. All this is powered with all day battery thanks to its large capacity and Stamina Mode and with power efficient performance to keep everything running smoothly and quickly with its octa-core processor.
press release sony Sony Mobile. Xperia XZ1 Xperia XZ1 Compact