Frank. is the latest entry for the 'non-brands' and potentially a neat alternative

Posted by Ryan Moore on August 17, 2017
I've said it many times before, but I'll keep saying it; Android is about 'being together, not the same' which has its disadvantages (as I'm trying to teach a friend about Android after being an iUser for so long); but to me being allowed to be as unique as you want with your phone has many many more advantages.

One way of being unique for a lot of people is to just have the choice for something that's not the main stream, or non-conventional.  I had a friend flash her Axon 7 and said she went that route because it was a good deal and it was different than what other people had.

So there is a desire to be different and Android can fill that desire.

What was one person's desire, Moe Omer, founder of "Frank." was to have a good phone that didn't cost him an arm and a leg.  Albeit the brand's tone is a little more PG-13 than others (not often do you see the F bomb on an OEM's page), the gist is that they wanted to make a good phone cheaper. 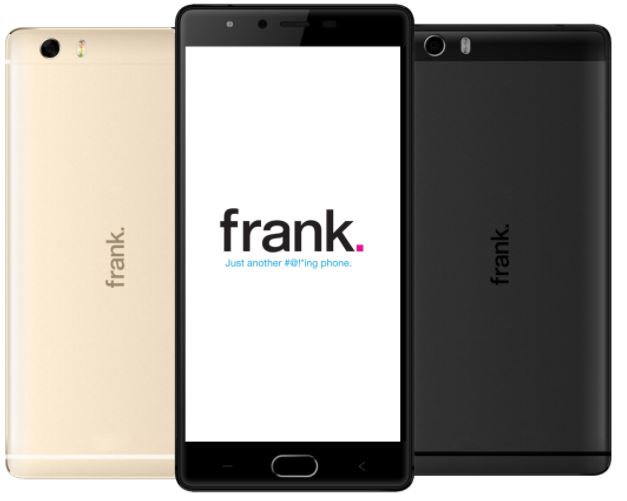 For quite some time we've been talking about the spec wars having peaked and that even mid range devices are sometimes imperceptibly different from flagships it is conceivable that a great phone can be made cheaper.  But how much cheaper?


Everybody just loved the Nexus cheaper lineup.  They flocked to it.  But the Frank. team thinks they can go even further.  The plan is that the Frank. phone is going to be released on their Kickstarter for just $180.  The link isn't live yet, but you should see it on Sept 5. 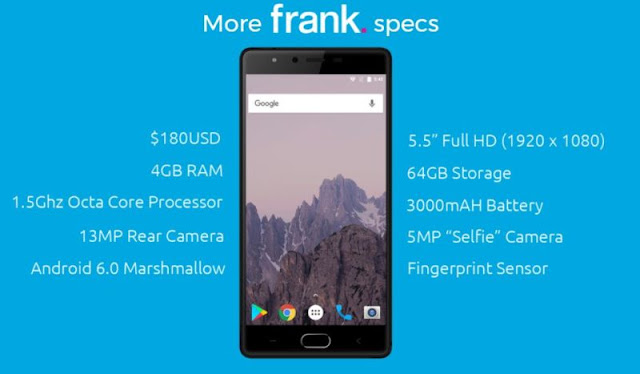 So, I'm trying to find out a few things about it myself right now.  Seeing as it's pre-start up there's a lot that is a little vague.

Like why is it Marshmallow only?  What processor is it, not that it would matter greatly, as 4GB will help with the load, but is it a MT or some other?  To get it down that far for price there has to be some cost cutting.  The cameras, what types of sensors, what aperture.

Still, it's very interesting and we're interested to hear more as we get closer to the date of the kickstart.

What I'm interested to hear is once they've reached their 500 units @ $180 each, what will the price go up to?

They're located in Ottawa, so I'm sure our man +Martin Guay will be able to get some more info out of them soon.