Posted by Ryan Moore on July 11, 2017
I'm loving the mod life.  Sure, there's a definite wow factor when I show friends, even those who've seen it before. 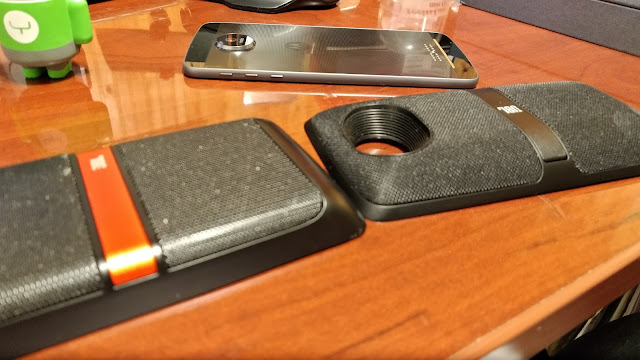 Right now, it's free if you buy the Moto Z2 Play, otherwise you're looking about $80 for the new version.

But what's different?  If I have the previous model, should I get it?


When you look over the specs:
...it reads pretty well the same as the previous.

The real difference comes in the physical shape and material. 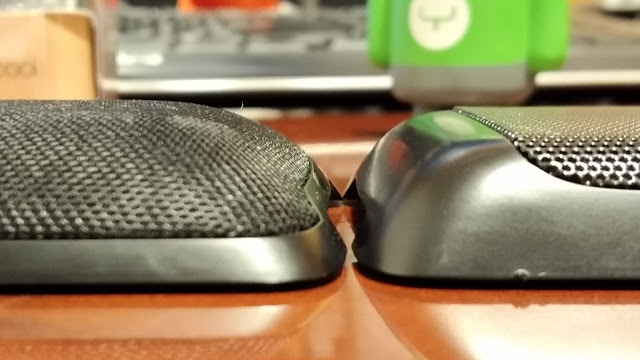 As you can see (the older version is on the right, the newer on the left) that the newer version is quite a bit rounder, and actually feels more ergonomic in the hand rather than the rounded corners that the original did.

The other difference is the material.  The original is a metallic style grid and the new has a cloth covering over the speaker.

Which is better?  I dunno, but to me it feels like the cloth provides more 'warmth' to the sound of the speaker and I like that.

Other than that I don't think there's any real difference between the 2.  If you have last years, then it's fine.  Unlesss your wife loves that mod and always has that mod on her phone, then for sure you'll want to have one of your own, so why not get the new. 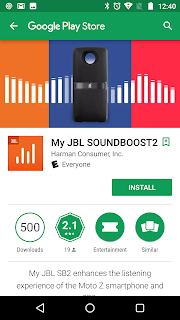 When I connect the mod (note, that when I connected it to the Moto Z2 Play, which uses Motomods platform 2.0, it connected easily; when I used my Moto Z, which uses platform 1.5 it took about a minute before it had downloaded the appropriate information and recognized the mod) that it suggests you might want to download a special JBL app to adjust the EQ settings.

The app is "My JBL Soundboost2", and as you'd expect you can't install it on anything but a Z family device.  It won't work with the original Soundboost.

If you opt to not install it, and can't remember what app, tap on the motomod in the settings panel and choose more settings, then choose 'about this mod' and there's an option for check for apps and it'll bring you to the Play Store.

It allows you to adjust your EQ settings and have the style of music you want.

Plus it also turns on 'immersive sound', which is a sort of 'wide stereo' to give you that feeling of really filling your room.  It's neat! 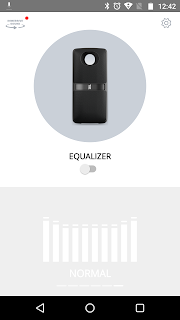 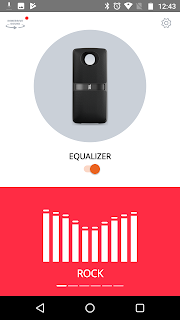 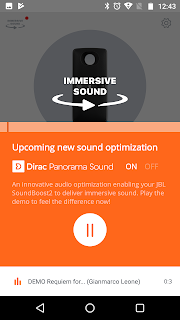