[Review] Samsung DeX - puts your phone onto a big screen 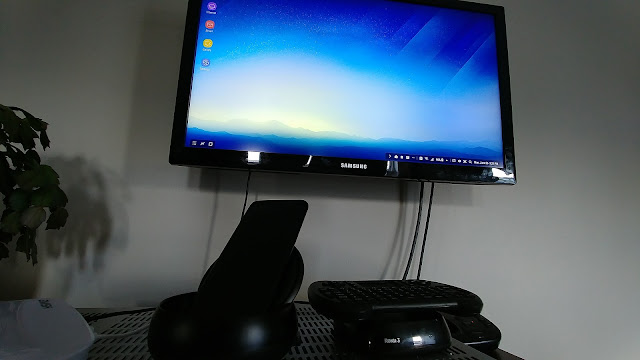 For years, I've been just dreaming of the perfect convergence of my mobile device.  I want one device and multiple screens.  My phone, my watch, a monitor.  That'd be awesome.  One 'brain' handling many faces.

There've been some ways to mirror your device on a monitor via wireless etc..., but nothing perfect or idea.

Now, we just took another step closer to that ideal situation with the Samsung DeX.

The DeX is only compatible with the new S8 or S8+ unfortunately, but I think going forward you will see newer devices also compatible.  So it's a solution going forward, which makes sense. 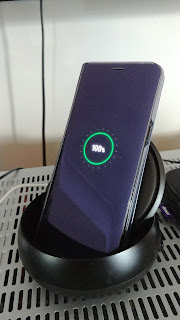 So it's a neat little box, that has a flip top that makes it look like a dock with a USB-C connector for your phone.  If your case is thin enough you won't have to worry about taking it out (you can see me using the LED View case and it's fine.  The USB connector actually has a little hinge, which lets you rock it forward a little so it doesn't have to be straight up and down placements (I could see the connector easily breaking if they hadn't done that).

Plugging it in it also charges the device while it's in. 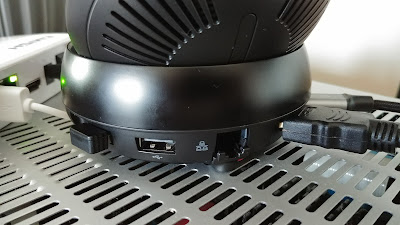 On the back of the puck is the connections.

There's USB-C in, but you have to use a Samsung compatible 'smart charge' type as when I tried a few other QC2.0 compatible types it wasn't charging the phone while in it.

There's HDMI for the output.

There's an ethernet port (save you using WiFi, or if you're at a work environment like mine where the WiFi isn't meant for the workers... sigh).

There are also 2 USB connectors.  I have one of mine used up by a dongle for a keyboard/trackpad that I've shown you before.  You could use a wired mouse or keyboard or even a hard drive, etc...

Mine worked brilliantly and very quickly with it plugged in without any fuss or muss.

Okay, so how does it actually work?

Plug the device in and there'll be a pop up on the device the first time, letting you choose between just display mirroring or loading up DeX.  Now, DeX looks just like a new desktop environment, almost like it's not Android at all.  You'll get a windowed environment for each of your apps, and apps you had open are able to bring up via app icons on the tray.

It's all pretty self-explanatory and is pretty nice.  Using a good keyboard and mouse and you can feel like it's almost a real computer environment.  Just might have to adjust the screen resolution ... the text might be a shade small if you're using your TV and you're sitting on the couch.

There's the app 'tray' you can bring up from the bottom left (like a 'start button') and then icons of running apps along the bottom.

Some are always there and will have a white line if it's a minimized app.

There are no 'widgets' to set up on the home screen, but then again, with windows apps, it's pretty much the same thing.

When you switch from phone to DeX some of the apps you had running are started off minimized. 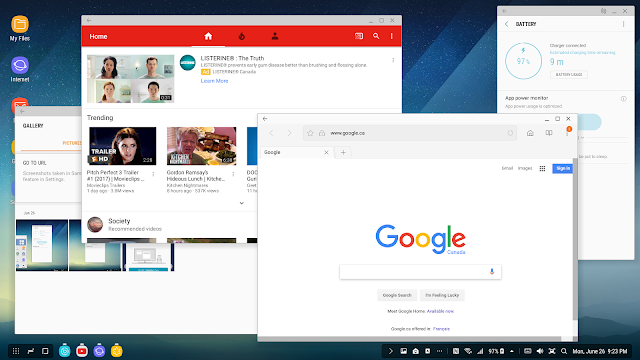 On the bottom right of the screen is your system settings and you can poke around in there.

One thing you'll have to set up right away is to click on the system and look for the audio setting just under the Samsung Connect.  And from there click to have the audio come out the TV and not the phone (if you're using it on a monitor with speakers).  Check out the steps here.

It does take about 3-5 seconds for the device to go from plugged in to on the monitor and ready... not a big wait, but in this day and age of 'fast fast' and the fact that the S8 is incredibly fast, it was just somewhat noticeable.

Another thing I noticed was that if I was watching YouTube, the app's controls for navigating (timeline scrubber and skip etc...) are only viewable after you click (not just hover over) in the video area.  Not so bad, but if you happen to maximize the window, then maximized the video portion the only way to get it back is to find that ╬ button.  But it only shows if you click on the screen, and some of the videos the 'subscribe' icon was just about there, and if you move your cursor near there it ended up bringing up the system tray and the regular size button would disappear.  It took some real finesse.

But that's about the only issue I could find so far with it.

Now, is it useful?  It's $250, so it's no random accessory.  Personally, I love this.  But do I need it?  Not really.  For me, it's finding the right use case.  The right place that has the right monitor/screen area.  For a TV it needs to be big enough to see the text from where you're sitting.

For a monitor you need a monitor that could either be for your work PC/laptop or switch to this.  I don't see it quite replacing any laptop or PC as of yet.  But I'd sure like to give it a try!

Some more shots of it in use below 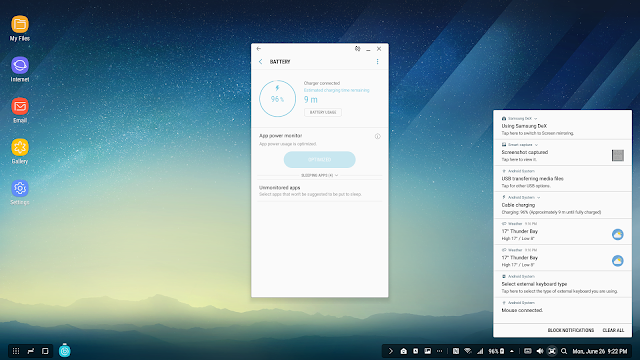 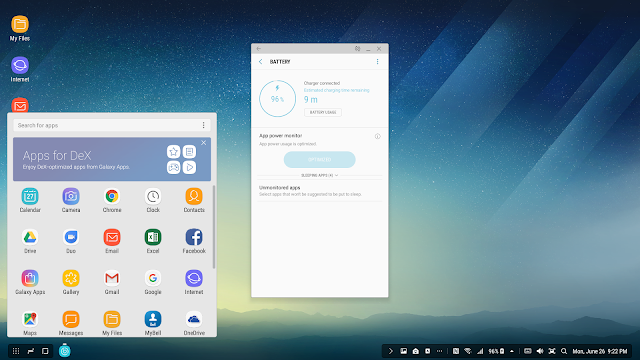 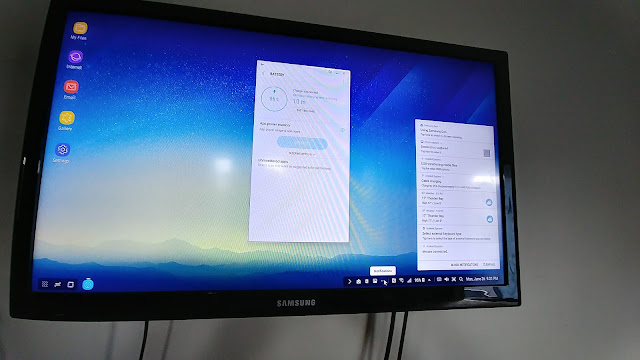 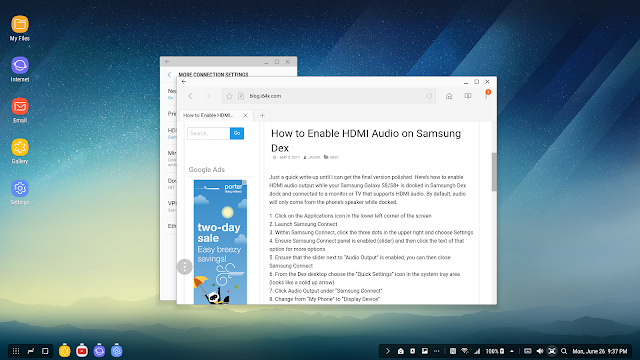 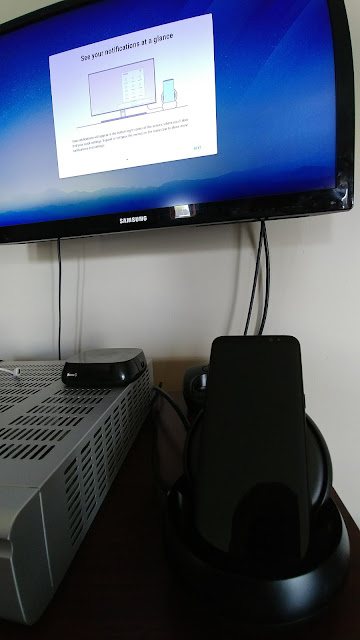 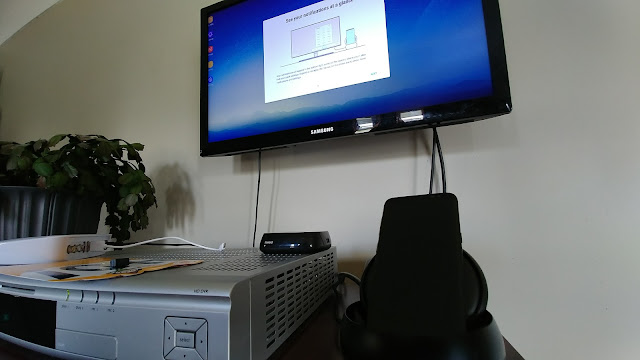