The Essential phone is announced (and a 'home' accessory)

There's someone we owe a lot of gratitude for.  The real 'founder' of the Android device was none other than Andy Rubin.  He was the original 'Android' and pivotal for the Google team when developing the handset.

Well, a whiles back he upped and started his own company, and the fruits of that labour have now appeared in the form of "Essential".

Now, when you go to the website there were 2 things announced: the phone and the home.

I'm a little excited to see what it is that Andy has in store for us.

First up, it's the phone.  The Essential.  You can read a little of the insight that Andy was working from when he created it, via an interview on the site.

The result is Essential, and this is what we believe:

First up, you'll notice it's got this funky display on the screen.  19:10 ratio as they've got a little higher on the screen and the display goes around the front camera.  Funky.

128GB is definitely enough storage to make me happy.

I'm really curious to hear more about this camera.  What is the monochrome camera doing?  Is it just for depth or what.  I read their description, but I need to see it in action. 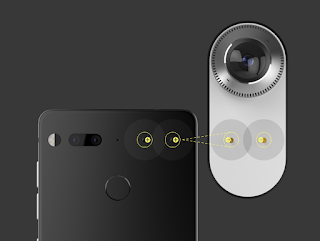 The phone is 'reserveable' now at $699USD, but if you act now, you can also nab the 360 Camera they have as an accessory for just $50 more (instead of $200).  They've come up with a neat little magnetic connector for accessories (so is there more to come?) to stay attached.

So, it's not a cheap phone by any stretch.

But you're also getting some top notch specs on it.

I really need to see it in action.

The other thing they announce on the site is the new "Essential Home". 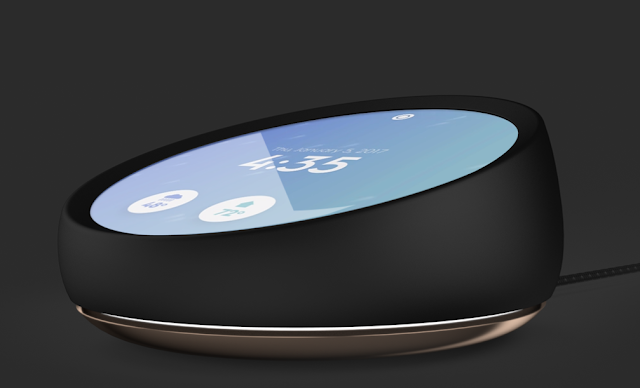 Think of it... well, I am at least ... as an Google Home or Alexa meets Android Wear ... the device responds to questions and allows you to interact with other IoT items via their own new "Ambient OS".

It's listed as "coming soon" so there's no info on how much it will cost.  The big thing for this will be the adoption by manufacturers to be able to plug into it.  /fingerscrossed

So, what do you think of this new lineup?
accessories Essential