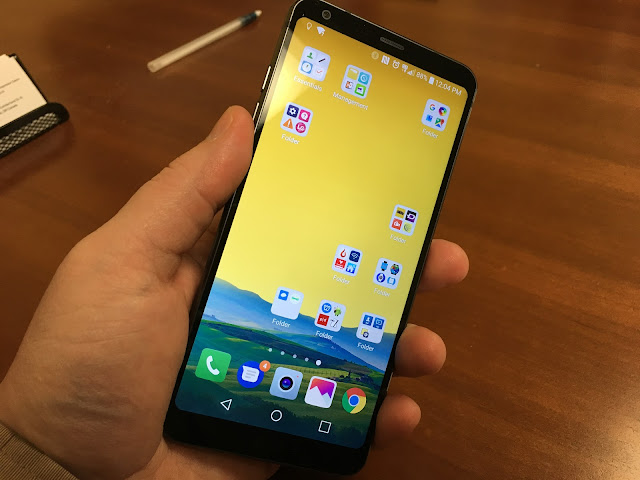 When you trawl through the site, I've done a lot of reviews.  I've always felt I've been unbiased in my opinions, but for some reason, when it's come to LG, I've really enjoyed their products.

Since the LG Optimus G, I've really been enamoured with their stuff.  The Optimus G, the Nexus 4, the G2, Nexus 5, G3 (my favourite), G4, G5... well, the G5 was still a great phone, just unfortunately not as popular.

I still see plenty of G3 and G4 devices out there. LG has been a real silent competitor against Samsung.  The LG G6 is the latest offering from them, and I feel it's a little hyperbolic, but it's their best offering to date.  Currently, it's selling typically for about $200 on contract and $1000 off. (so that puts it also as the most expensive of their flagships).

Okay, the short notes of the review, aside from it being the best of LG, there is one feature I do miss - the IR blaster.

I'm sad for the loss, but it's still not something I'm upset about.  It's been an amazing device these past few weeks.

Let's get to my review

Okay, so LG's flagship has the following specs:


Compare with the G5, there's obviously a big difference with the screen, but if you remember when I first got a hold of it, it was the same size as the G5.  So from 5.2" to 5.7" in the same size frame.

Having the 18:9 screen ration is pretty cool, as it fills almost the entire front face of the device.  So much so that one friend literally went "WHOAH!"

I'll talk more about the fitting of the odd ratio later on.  But it quickly is something that you don't notice it's any different than other phones.

In terms of other physical properties of the device, it has the standard fingerprint sensor on the back.  And it works.  It works super well.  Like, I'll have it in my pocket and my finger will already hit the sensor without me even noticing and it works.

It still has a headphone jack (if you use that kind of thing).

It's a solid piece of hardware and feels like a real solid put together device.  Probably due to the fact it's IP68 rating.  The piece of mind of having something that's not going to shy away from being used while out in the rain is awesome. 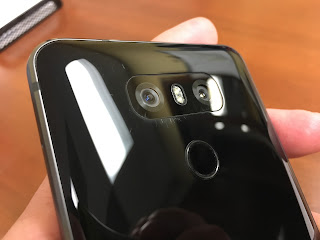 In the weeks I had been using it, there's no nicks or scratches that I can see.  Well, except on the back (just see around the rim of the camera assembly)

As for software, there are a few issues.

First up, the launcher.  The fact that they still have the 'no app tray' as the default, is still 'jarring'.  For folks who've used Android in the past, it's disconcerting on how to arrange ALL the apps that we install but never use.  This isn't iOS.  Sure, you can install the previous (pre-LG G5) ... but might as well try another launcher.  I've tried to live with the launcher and I've got it somewhat working, but it can be a pain to look for that app that you use like once every couple weeks.

The thing I do like about this launcher is how from the launcher you get to 'delete' an app versus just uninstall it (so it puts it in limbo for 24 hours before uninstalling it).  Just long press an app and the Delete icon shows at the top of the screen.

Another issue is the included LG keyboard.  There have been so many errors with it that I couldn't last a few days without putting GBoard on.

Also, LG has their own little corner of an app world called LG World... I think.  It has sort of pre-installed things like Facebook and Instagram which it updates periodically.  Recently it updated Evernote, and I never use it, but I keep getting "Evernote cannot authenticate the user".  I think it's a glitch, but I can't stop it without having to go into apps and disabling it.  I can, but the average user might not know how to do that. 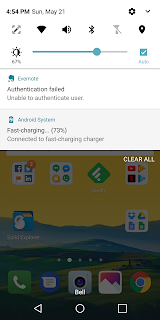 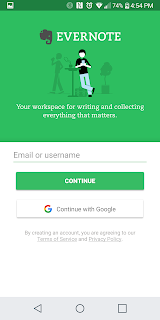 The rest of the LG apps on there are fine.  The calendar app is neat, but I prefer Google Calendar but it's still usable.  The SMS app is good, but I replaced it with Android Messages (the way that the message previews were popping up were a little annoying and I prefer how AM allows messages to stay in the tray even after I've responded).

More interesting than the apps that LG has added in (which are really few) is the way they've implemented some neat things.

First up, Knock Code works.  By god it works.  It wasn't bad in previous versions, but I had to be very deliberate.  With the G6 it works probably 95% of the time and I'm not being very deliberate.  So those folks who moan about the sensor being on the back so that when it's laying on your desk is hard to unlock... no more!

Where you get some neater things is how it will handle the 18:9 ratio.

With one app of theirs, the Calendar app, you get a neat option, that when put in landscape mode you get a floating navigation button.  Pretty neat, not sure how useful tho'. 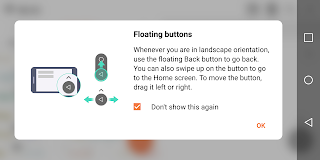 Although, oddly enough, when I went to do the video review that option had disappeared.  So, maybe that was part of its recent update.

The other thing is pretty neat is how they handle apps that are not fitting the new ratio.  You can swipe down from the notification shade and see a button which can adjust your aspect ratio. 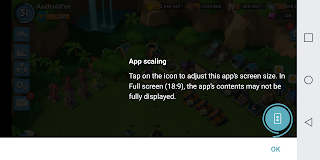 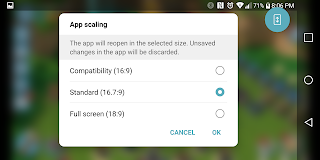 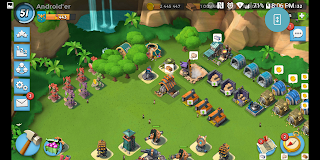 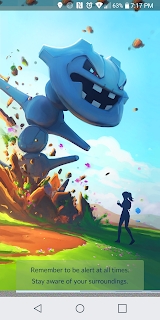 The only app I've had any issues with the ratio is Pokemon Go when it first loads you see an odd little band.

Outside of that, it works so well software wise.

How does it handle?

In terms of battery life, I'm getting more than my fair share of a day's life out of it, and the fact that I can plop it on my Qi charger at any point, or use a QC2.0 car charger really zips me back up to life if I had been using it heavier.

I haven't really noticed any slow down or stuttering with it.  I took the suggestion of one person and set the animations down to 0.5x and wow, it seems like it speeds by even faster.

Really, you're not going to have any complaints using this in any way.

Now, this is where LG has shined in the past.  This year, the big feature is that both of the cameras are now the same resolution.  This had been an annoyance in the past because sometimes I like to switch between the 2 lenses, and on the G5 that meant sacrificing wide angle shots for lower resolution.  Not on the new G6.  Now, they've downed the regular lens from 16 to just 13MP, but upped the 8 to 13MP.  Give to get.  Will you notice a difference?  Not really.

You've got all the same manual modes and features the G5  (and even the manual video modes the V20 had) had but then they add in a new feature.  I'm not sure I'm sold on it, but it allows you to shoot a 'square' photo.  Big woop to me, but I guess if you're an Instagrammer it means a great deal.

There is the upside that due to the 2:1 ratio, you can take one square photo and have it preview on the lower half of the screen while the top half is the live preview.

Novel, but not really useful.  To me at least. 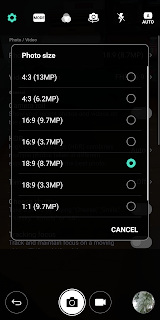 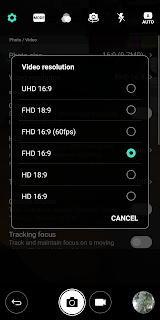 My issue is that if I wanted to shoot in 1:1 then I drop down to only 9MP out of my potential 13.  I'll stay at full res thank you.

The camera shots aren't bad, I've been just taking typical shots and nothing's really blown me away, but I haven't really tried to take some amazing shots.  Luckily, it has some of the manual modes, that if I wanted to, I could play with it just so.  The selfie camera could be better, but no real major complaints.

See the bottom of the post for some samples.

I really can't say enough nice things about this device.  It performs admirably, it's wowing my friends for its display edge to edge and there's a lot of sense of security using it with the IP rating and MIL standards. 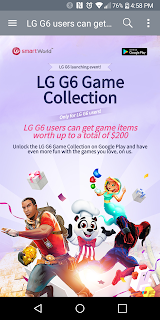 Also, if you like some games it comes with a bonus for some games - apparently over $200 worth.  It's for games like Spiderman, CrossyRoad, Temple Road, SimCity, etc... At least it syncs with Google Play and if I ever do play those games I get them.

Anyways, it is the most expensive G series device that has come out - but it's also the adding the most features into one of their devices.  Funky tall screen, IP rated, bigger battery.

There's no downside to this phone that I could pick out that would prevent me from having it as my daily.  I think you'll really like it too! 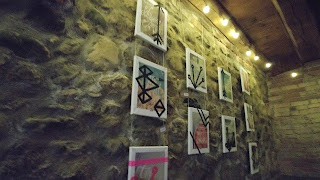 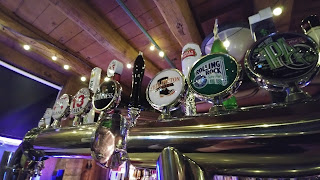 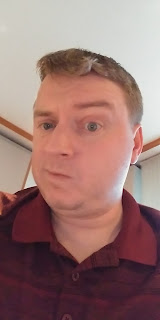 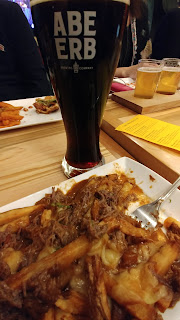 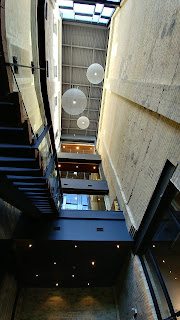 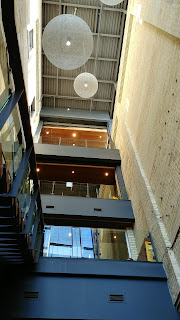 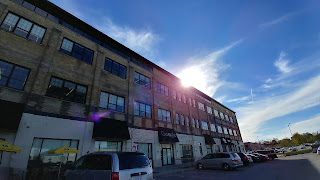 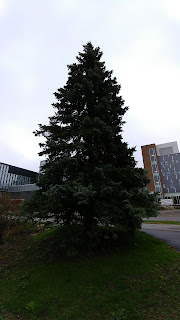 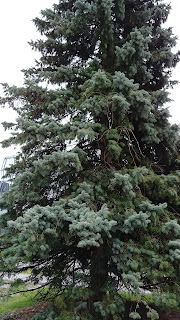 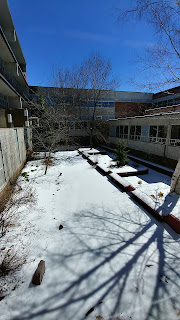