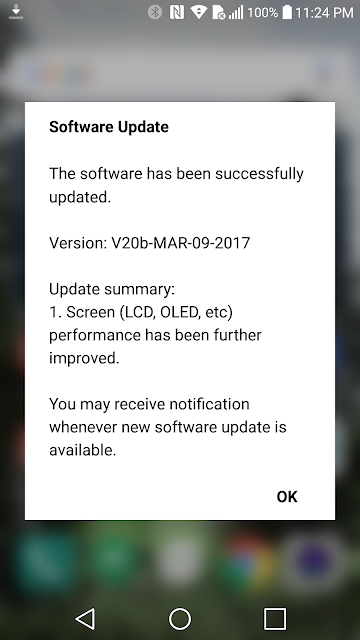 So, every once in a while I like to check the devices I have but aren't using as a daily driver. Yesterday I turned on the G5 and there was an update.

Took a while to download and let it do its thing, and to my eye the screen looked... I'd say darker but the colour was still there, whites were white... It was if the contrast had been kicked up a notch. Not as lot, but just noticeable.

That's when the notification came up saying it had been updated and saying that screen performance has been improved.

A little vague, but it's true.

Have you noticed a difference?