Posted by Ryan Moore on April 26, 2017
So some time ago, Sony released a device which was geared at those hard core games who don't want to put down their phone - it was the Xperia Play.  I'd always wanted to try one, but I wasn't much of a gamer.

Later on, there was something called the Pwnage project, which never materialized, and there has been a slew of Chinese knock off types out there of gaming tablets.  But not since the Xperia Play, a phone (that I'm aware of).

Well, a new contender has stepped up, the PGS... a Portable Gaming System.  Pretty generic title, but when you dig through, the specs aren't too bad. 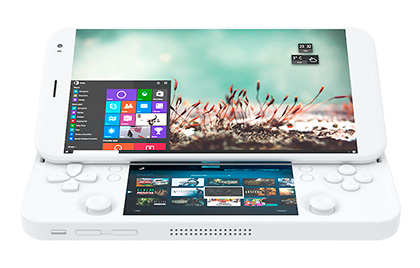 Immediately from the images, you see that it's very 3DS like with the secondary display (will it be touchable?).

Another marked difference from any predecessors is that it's going to be dualboot for Windows (10) and Android (6.0).

To power it all up there'll be an Intel Atom X7 Z8750 processor, now it looks like the Android personality will be powered by aa MT Helio X2X.  The Atom is a 2.4GHz x4 and then should be accompanied by 8GB of RAM (the lite variant will have 4GB). 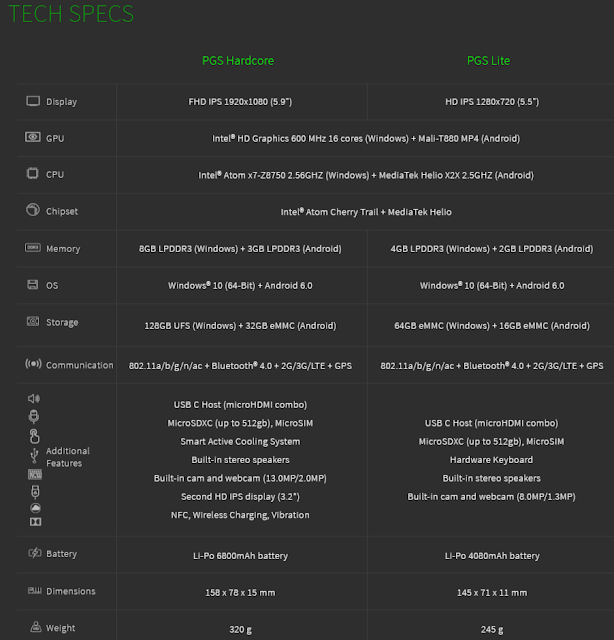