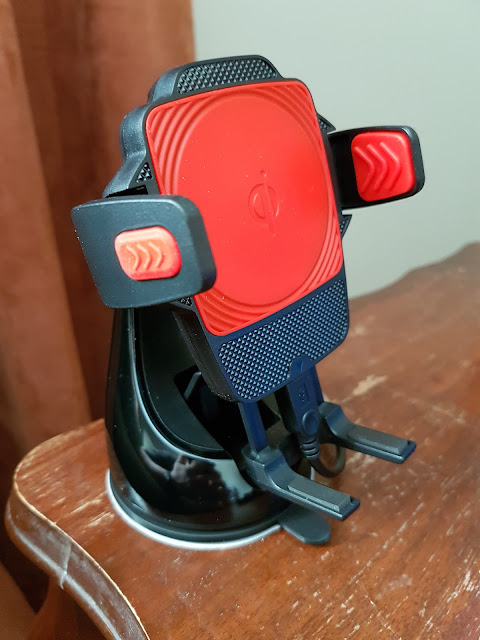 The snow is melting and we're starting to think about our travels, camping or otherwise.  When travelling I like to have my phone be my GPS, so that involves having someone else hold my phone for me and tell me what's going on.

The other option is to have a dock set up on the dash that holds my phone (you may want to check out with your local laws to see if a windshield mount is legal as sometimes they're not).

That's the ideal case scenario for one of these docks, but personally, I like to use them in other ways.  I love being able to set it up on my computer desk so that my phone has a place to rest.

With the new Montar Air Qi dock it can also charge the device in there with Qi (like the new LG G6, the Samsung Galaxy S7, or even the Moto mod battery pack with Qi).

Currently, I have it set up on my end table as a place while watching TV for me to put my phone in and charge.

It's been a while since I've used Qi, and I've forgotten how amazing it is.

Okay, back to the dock.  So how does it work?

The mount is similar to others.  Except that it has a port for you to plug in your microUSB cable to power the Qi pad.  Unfortunately, you have to plug in just the holding pad, and not the base (which makes sense as there's a clamp for the armature to hold on to and it's set up so that you can swivel it in any direction, nor way a cord could withstand that swivelling. 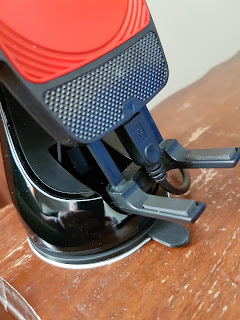 There are feet on the bottom of the device which allow you to adjust the height where is best for the Qi sensor.  For the S7 I had to lower it as low as it would go for it to work. 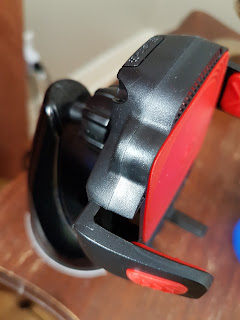 There are also arms on the side with a button on the top to spring them out as wide as you like and then adjust in to find the proper tension to hold the device in without falling.

Now, it's $80USD, and that's pretty pricey for a stand.  But when you factor in the Qi option... even a cheap Qi charger can get pricey.  And those don't give you assuredness that the device will be in the right spot.  I used to have those pads for Qi and the device would slowly shift and fall off centre and stop charging.

No need to worry about that with this.  At $80 it could be seen as pricey, but if you have Qi, you want to take advantage of it and this is a great option to do so.