A new Android Wear version, and with it 2 new devices to show it off best the new features.  Both are made by LG,


So, my preference lately has been with the sports types, so let's look at that first: 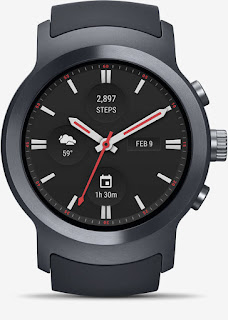 First up you'll notice the buttons.  Yeah, so every device from now on needs buttons, and this has 3.  More on that in a second, but here's the specs:


Nice upgrade on the resolution and finally seeing a watch with more than a half gig of RAM (at least that's affordable).

Being made of some more resilient design so it can be used when you run around and sweat with it.  And then even though I didn't like the 3 buttons on the ZenWatch 3, I think I might on this. You can use them to be shortcuts, and then the main button has a crown to scroll.

Still, I'm a fan of using my fingers to navigate, but it's nice to have options  It'll be coming to Canada for approximately $460CAD 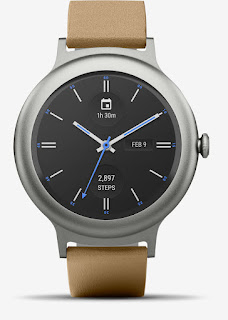 This will be the slightly more fancy version, but it's also a slightly less powerful one.  Almost entry


So, after reading those specs, personally, My device would have to have heartrate, and GPS is becoming more of an important feature. But really, it's the battery.  That should just about stretch getting me through the day.

It'd be not a bad start for anybody looking to get started.  Especially as it starts at $330 and it's customizable by swapping bands.  And with the sleek look, it'll match just about anybody's style and look.

All in all, looks good, and can't wait until we find out for sure when it's coming to Canada.

Check out our database page to compare it to the other watches out there:  databases.androidcoliseum.com