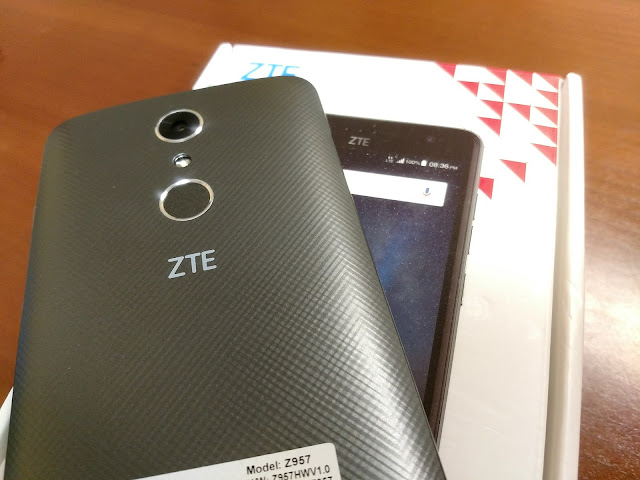 Okay, we know we love our flagship devices.  They're amazing.  But not everybody can afford the $800-1000 price tag (nor want to renew their contract at such outrageous monthly fees).

There's been an ever growing class of 'mid-range' devices out there.  Like the G4 Plus, or the Idol 4.  Great phones, not so heavy on the speaks, but definitely lighter on the wallet.

But we can go deeper.

What if it's really for the basic user... what if this is the phone a parent might buy for a kid that keeps losing, or breaking, theirs (like my coworker, his daughter's on her 6th or 7th in about 2 years).

This is where the economy type devices weigh in.  Normally, a 'snob' like me wouldn't look at these kinds of devices on the shelf, but I'm keen on getting my mom a device, as I think it's time she stepped in to this world, and I think this is the phone to do it.

I'm talking about the ZTE Grand X4.  I had reviewed the X2 and was genuinely shocked at the value of the device.

That's right.  This is a phone that will cost you $100 outright.  Owned.  Purchased. 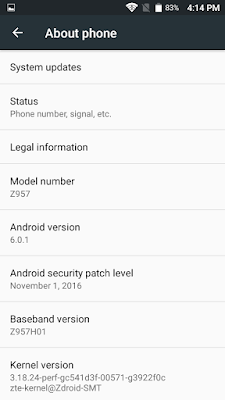 Now, let's first talk specs.  Let's get this out of the way quick


Definitely not a 'heavy hitter' by any stretch.  The screen isn't FullHD (and I noticed it personally... especially after getting so used to QuadHD).  The processor is a few levels below, 2GB is at the bare minimum I'd suggestt... etc... etc...

First off, I picked it up and it's not a clunky brick.  It's got a covering on the back that has a nice feel with the crosshatch pattern.  The plate feels like it should come off, but it doesn't, but it feels like it should.  The screen feels nice, and the buttons aren't too badly placed.

It uses a nano-SIM card and there's a microSD slot too, so you can at least put lots of stuff on it. 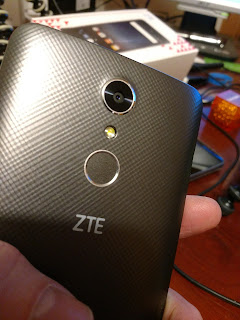 Coolest of all... you get fingerprint sensor.  I can't believe it, but if you had asked me a few years back I couldn't care less about that feature.  Now, it's a must.  And it's included on a phone that's just $100!

Off to a good start.

Power it up, it doesn't take forever.  And we're greeted with ... well stock Android. Very cool.  And it's got even less apps than the other ZTE devices, so no bloat.  I think there's the Dolby app and the Freedom Mobile (carrier app) included.

There is one app that ZTE included, and I've not seen it on the other ZTE devices, but a backup/restore app where you can set your items to be readied for a backup and then be restored (assuming if you're moving one device to the next).  Sure, both would have to have that app... but that's neat. 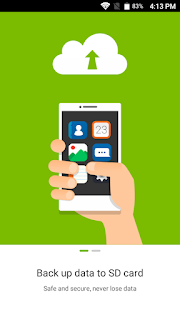 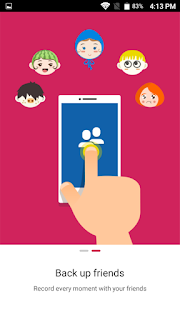 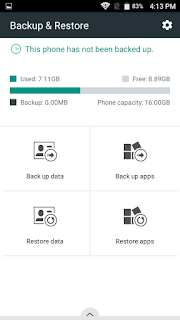 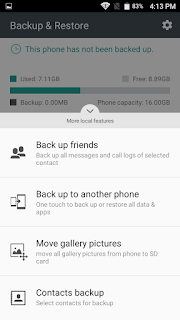 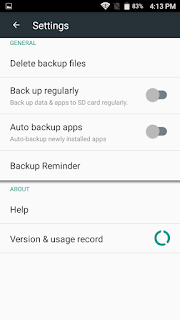 After setting up everything, you wake the device up with just a tap of the fingerprint sensor.  Great.  Love being able to do that.  Too bad you couldn't turn it off in the same way.

Surprisingly enough, it's pretty snappy to use.  It's got a little lag here and there, especially if I start to add a couple accounts to it and a few social media... but pare it back to basics and it hums along just nicely.

I feel the difference, but ... I doubt the average cellphone user would tho'. 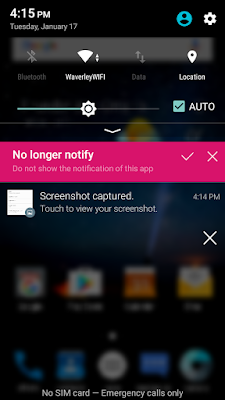 One odd thing I did notice about the phone that wasn't stock was the way that it handled notifications.

Normally, I'm used to swiping the notifications that come up either way, to the right or left, it just goes away.

On here, if you swipe to the left, you get this pinky-red banner on it now that gives you the option to say "no longer notify".  Essentially that would mean that app could no longer send you notifications.  If you didn't know that, you could do this and wonder why you aren't getting notified of text messages.

If you swipe to the right then it goes away.

So for the uninitiated in Android, it could lead to not getting notifications again.  To the initiated, you'd have to learn to adjust your behaviour or you get that thing all the time.

Speaking apps, it comes with that standard ZTE camera app, which I like... it's novel, and functional.  It's got those neat features like the multi exposure, it's got manual control... so a lot of the features you'd need are there. 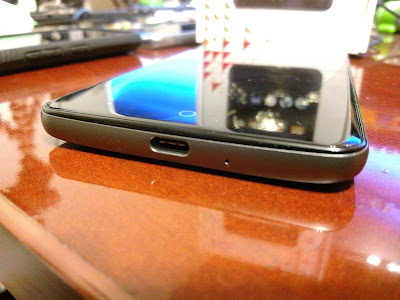 So, did I mention USB-C?  Yeah, this is the first 'non-flagship' phone I know of that has it.  Pretty neat.  Kinda reassuring to let you know you're buying a device from the 'new era'.  However, I can see some older users go "hey, I've got all these microUSB cables and they don't fit now".  But, personally, I see this geared to that first time user, so they may not have a bunch of previous accessories to worry about.

When it comes down to it... is it good for me?  Nah, I'll pass, I wouldn't be happy with the performance.  I'm too used to my flagships with loads of storage and RAM to handle all the email accounts, social media and etc...

But ... would this be something my mom would use?  Absolutely.  Would she be happy with it?  More than.  And at $100 it's probably going to find its way to her shortly. 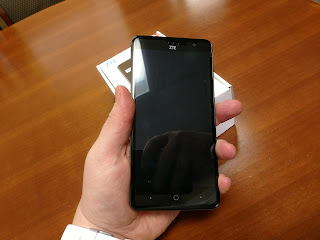