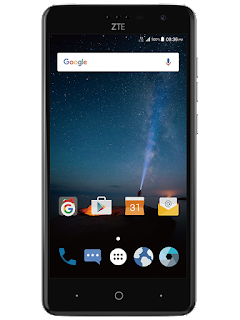 The hottest section of the smartphone market these days doesn't seem to be in the high end any more (personal opinion).  I see more and more folks happy with buying last year's flagships, or this years middle of the lines, and even lots of 'basic' smartphones out there.

ZTE has had a great understanding of being in that target zone.  Sure, they've made some awesome phones like the Axon 7, that I still say are a great bang for the buck.

Their Grand X series has also been a good hit, on the lower end of the spectrum for specs, but still performing very well for what you'd be paying for.

Toronto, ON - December 5, 2016 - ZTE announced the launch of the Grand X 4, their first LTE device with Freedom Mobile (formerly Wind Mobile). The Grand X 4 will be future ready for Freedom Mobile’s new LTE network and is now available in stores.

“We are excited and proud to add Freedom Mobile as our newest carrier partner,” says Denson Xu, CEO, ZTE Canada Inc. “Freedom Mobile aims to provide Canadians with affordable wireless service and this could not be a better fit with ZTE’s mission to provide affordable premium devices. The ZTE Grand X 4 works just as hard as you do; built for speed and performance you’ll be ready for Freedom’s new LTE network.”

Security and Convenience
A fingerprint sensor on the back provides the security you want with an intuitive and ergonomic placement that is convenient to use. The fingerprint sensor isn’t just for unlocking your phone as you can use it to unlock an app, serve as a button to instantly take photos or answer a call.

Large Screen for Entertainment
A large, 5.5-inch HD display with Gorilla Glass 3.0 lets you view any content such as movies, television or games on a large screen without the worries of scratches or breaks.

Power and Performance
Powered by a Qualcomm® Snapdragon™ 1.4 GHz quad-core processor and the inclusion of a 3,140 mAh battery with Qualcomm® Quick Charge™ technology, the Grand X 4 is designed to deliver a smooth experience and powers you as long as you need to go.

For full list of phone specifications and features visithttp://www.ztedevices.ca/products/smart-phones/smart-phone/grand-x-4.html