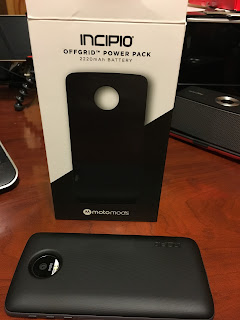 Probably the most useful mod of them all, and what I see a lot of people actually buying (some of these mods have a very niche market) is going to be the Incipio OffGrid Power Pack.

The usefulness of a portable battery is universal.  No matter what device you buy, you'll find yourself in times where you just don't have enough juice.

Maybe you're playing Pokemon Go or at an Ingress event, or just stuck at some conference for hours on end away from your power source checking emails and playing games to pass the time.

Sure, you can get a power pack, the ones from Tylt are nice, we've reviewed a lot of different ones.  But the issue you'll have is a) maybe they don't have USB C cables attached (I love when the cables are attached), or they'll be bulky and you'll need to find some place to keep it and then the cable just dangling attached to your device.  It can be awkward.

So, Moto brought in Incipio to have their own battery mod.

The Z already has a 2600mAh battery, which has been getting me through a full day worth of usage.  But where you need more, the battery mod can add up to 2200 more. 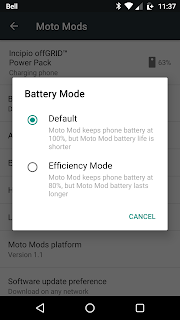 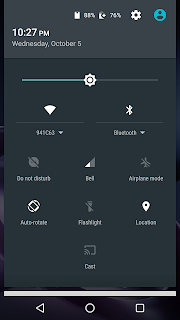 What's neat is that when you plug it in, like other mods, the battery of the mod shows up in the system tray.

How long can it last?  Well, a lot actually. It's almost doubled the battery life.  I can make it to just about the end of the work day and the pack itself would be drained, leaving me the rest of the day to use the device battery.

Or, plunk it on at the end of the day and you'll easily make it to midnight (without the pack my Z lasts until about 8 before it really needs a charge).

Watching the battery stats while it's on is pretty funny. 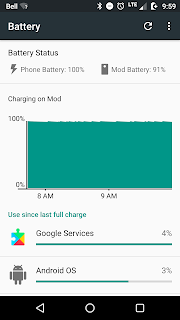 You can just leave the device with the mod plunked onto the back all day, or keep it somewhere handy and swap it out from your shell for when you need it.

The size of the pack doesn't really make it that much bigger over the normal size or a typical device.  it's WAY smaller than some of the battery cases I've used in the past.  Those things can be a brick! 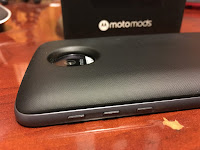 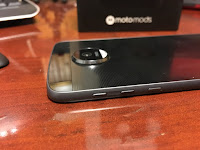 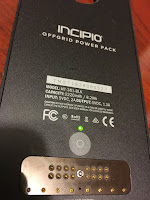 It also has the little battery checker on the back of the mod, but it'll be more accurate by just plopping it on the back.

My little funny find is that because of the strength of the magnets, you could technically still put the shell mod on the back of the battery or vice versa... impractical sure, but neat all the same. 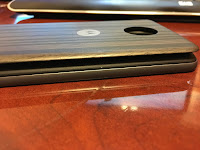 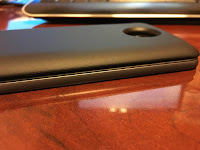 Now, $90 for a battery pack is expensive, compared to some others out there, sure.  But to factor in needing something with USB-C or an extra cable and the bulk and whatnot, this is just super clean and easy.

The only unfortunate bit is that you can only charge it while it's on, which is fine, I plop it on when I put the phone on charge over night and it does its job.  Take it off in the morning and put it in my bag.

Also of note, unlike the other mods, this one doesn't have a fancy little carrying pouch on it to protect it while in your bag not on the device.  I don't think it needs it, but ... you just never know eh?

Anyways, as I told you yesterday, they're now available in Canada.  Go check it out.  If you're getting the Moto Z family, this is the one mod I say is an actual must. 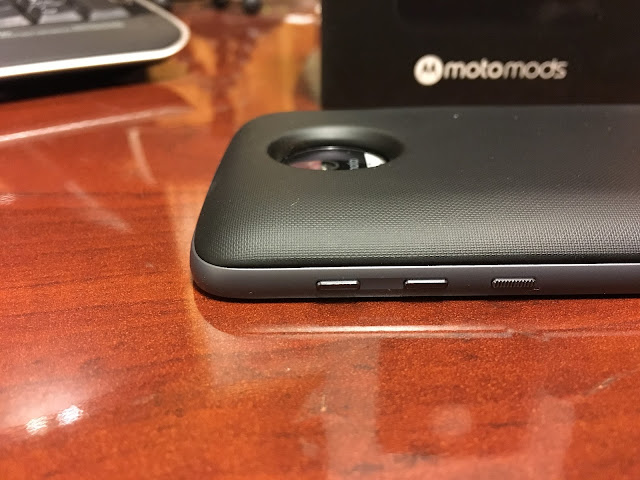