Last year we saw the Alcatel IDOL 3 and it was a huge success and keeping in line with that success Alcatel wanted to retain its place as a top contender in the smartphone market in Canada. The premium feel, design of this midrange device gives it the Oomph that you need. Does it deliver?


** This is a top level "MIDRANGE" device, so this will fall in the Tier 2 group of smartphone devices which aims at the major slice of the smartphone market in Canada. Surprisingly the majority of Canadians aren't going with TIER 1 devices (Flagships). Alcatel is striving to dominate the midrange device level in the Canadian market.
Without waiting for more shenanigans, let's dive right into the review of this device.

The Alcatel IDOL 4 comes with some interesting hardware:


For a midrange device, the IDOL 4 is hitting some high-end points that are sure to appeal to a number of people here in Canada. The price point might even make it a better deal. Coming in at $0 on a 2-year contract with Bell or Virgin it might just be a homerun. If you aren't interested in a contract, the alternative is just as sweet; You can get your hands on this smartphone for $299.99 outright and avoid the messy contracts. The device is available at Videotron, however, you may discover that they have is set at $49.95 with a 2-year contract and you can get it outright for $289,95, which is $10 cheaper than Bell or Virgin.

The body of the device features a glass back and front giving it a very slick look and damn impressive feel in your hands, for an, even more, premium feel you'll be greeted with an all around aluminium frame which houses the 360 speakers. 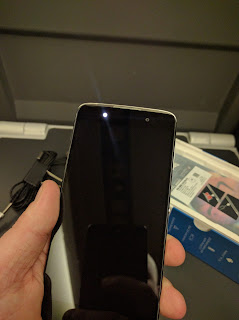 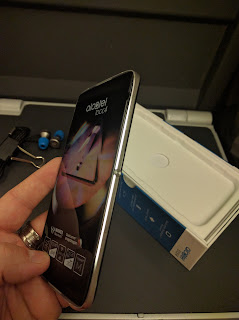 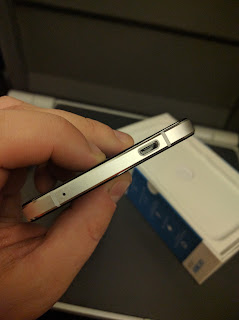 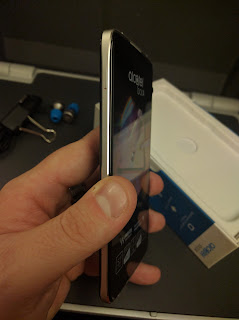 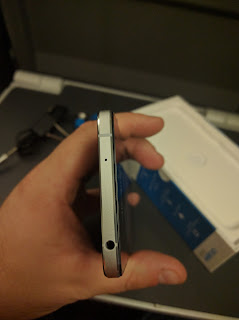 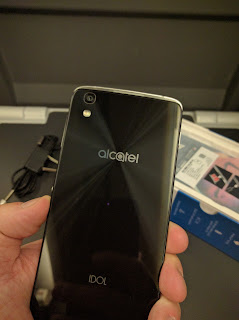 The button placements on the IDOL 4 whether you're right or left-handed are placed at the right location in my opinion. On the left top side you have the standard power button and on the left side, you can rock the volume rockers at the top. This allows for a normal physical interaction with the physical keys.

Next, up there's the BOOM key that's been making the talks, that key can be configured to enact many different features and that's really up to each user. I left it as the default settings as it also acts to turn the screen on. Double tapping the button instantly sends you into camera capture mode and voilà you've taken a picture right there. There's about a 2 seconds delay which is normal considering the smartphone goes from a screen off, to on and picture snap. While the device is on the BOOM key provides some interesting animation on the home screen and it's a fun feature. 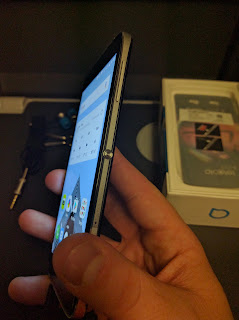 Unlike many newer smartphones on the market, we can still find a 3.5mm audio jack which won't need any special adapters, this should cover pretty much anyone! However, even if didn't have one it wouldn't be a deal-breaker for me. 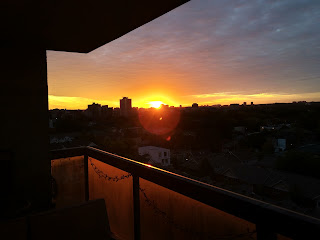 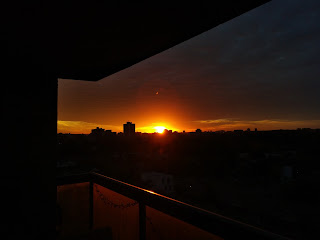 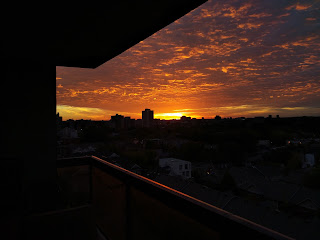 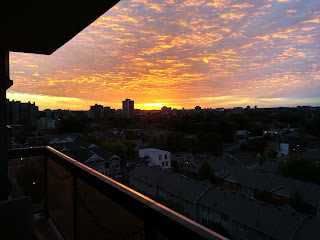 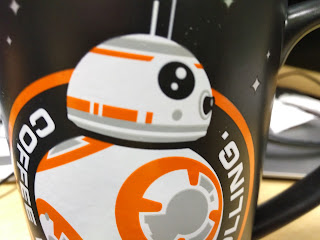 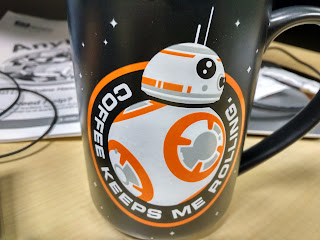 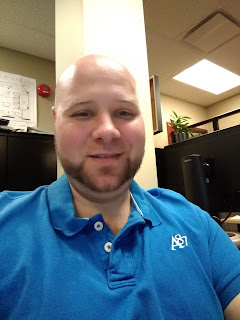 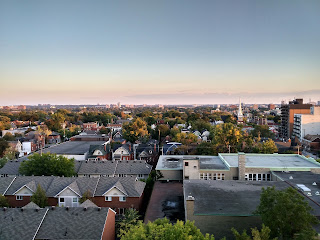 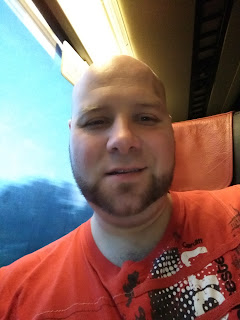 When it comes to the settings for the camera, we have plenty to choose from. The manual mode allows you to change the ISO, Exposure, White Balance and Focus. You'll notice that there's no RAW format. We do have the option to shoot pictures in HDR which can produce some really nice picture.

Two interesting options within the camera; Micro-Video option which allows you to take control and be in the director chair. You'll be able to edit the video and make modification as you need. The Slow-Motion aspect of the video allows you to capture high-paced action and slow it down to capture the best moments. 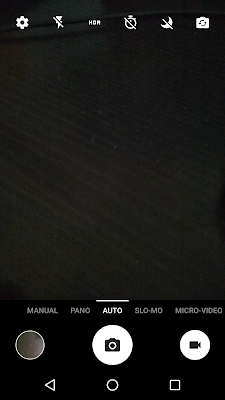 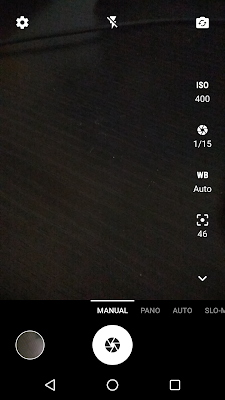 The display offers a clear, rich, crispy FullHD 1080 display with vivid colours both indoor and outdoor. Being in direct sunlight wasn't an issue for this device. Instead of using the power key or the Boom key to turn the screen on, you also have the added bonus of using Double tap to wake or sleep.

What about the battery? It holds a nice 26100 mAh non-removable battery that can be charged to almost 100% within 1 hour 45 minutes. This is taking into account that you're at 20% or so. It doesn't have Quick Charge or Fast Charge capability a sacrifice needed to keep the cost to a low level and still be a top contender in its category. This device will charge using the standard MicroUSB port that we all know.

I can easily get through a day of work before having a need to charge the IDOL 4. It did quite well and in a 8 hours work day, I got down to about 45% which is more than enough for me to listen to music while on my way back home from work.

The speakers might be the crown jewel, offering an all around experience and a pass through from the front to the back, the sound is clear, no distortion even at full volume playing some loud music. It handles is very well with its 3.6W speakers. This would definitely a majority of smartphone a run for their money. It sounded just a loud as some of those impressive Bluetooth portable speakers.

The device features WAVE MaxxAudio which enables the device to set the proper bass, treble, stereo and revive mode for the music you'll be playing to give you the best experience in sound possible. I've left it to automatic as it does a good job!

If we go under the hood of the device we have the Snapdragon 617 which offers impressive power with its 8-core, however, I feel the device would work so much better if it had 3GB of ram. I can definitely see it struggle when I do multiple things at the same time. To give you a better perspective, playing, music, sending SMS, using Allo, Telegram, going to browse and have many things jumbled at the same time might cause to stutter for a good 2 or 3 seconds at a time. The average user isn't as crazy as I am, but I needed to put this thing to the test.

When it comes to processing the display we have the Adreno 405 GPU which is a serious player. I wanted to see how well it faired and I loaded Epic Citadel to benchmarked it. This has a resulted in a 59.1 FPS at 1080. It can definitely handle itself when it comes to gaming. It did not struggle at all during any of the games I was trying on it. I'm quite impressed. This is more than enough for the casual gamer or even some more advanced.

The display settings on the IDOL 4 allows you to enable a feature called "Reversible", it allows you to operate the phone upside down. There's a catch to this if you do plan to use it upside down the physical button when flipping the phone around will be at the bottom of the handset and it will make it awkward to toggle power and the volume rockers.

Let's do a little recap here:

I don't know if some of the Pro's and Con's is a big deal for many, but it's pretty hard to say no. We didn't use to have Quick Charge before, sure it's nice to have. Multi-tasking isn't so much a thing for most people and most would be ok with this. The internal memory stuck to 16GB might put some people off, but you have the ability to add more.

It comes pre-loaded with Marshmallow 6.0.1 with July 2016 security patches. The OS is almost vanilla Android like many like it. Alcatel has applied their own flavour of icons to the device and I'm ok with that. All the Android features you'd be used to see in the settings are there and the many are definitely standard. There's been little to no skin.

To finish this review, I can safely say that I would use this device as a daily driver. Con's aren't big point with me and it's not something I'd be worried about. In the end, you need to choose the device for you.