A Few Months with the Moto G4 Plus 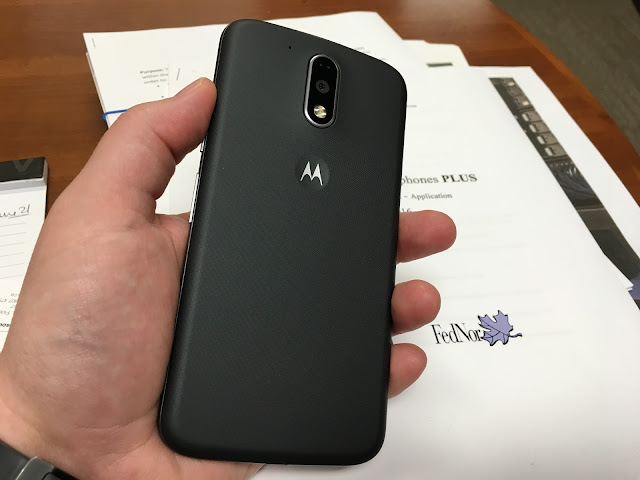 So, a while back (almost 90 days) I was sent the Moto G4 Plus to play with.  And it's not a real top end flagship, but if you recall, it was something that I went "close enough" and made it my daily driver.

Now that it's been a while I thought I'd do a bit of a recap scenario.  How has it held up over time?  What were some of the minor points that I didn't like, did they stick?  What did I really end up enjoying.

So, let's start out with the 'complaints'. 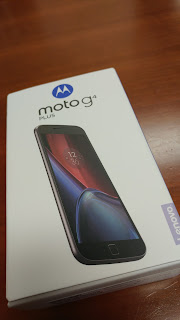 The 2 big main 'complaints' I had with the phone were:
So, let's tackle the NFC angle.  As I wear an NFC Ring and there's just rising usage out there of 'tap to pay' terminals, so I increasingly missed being able to use my phone in that manner.

I had several folks comment on my ring, and then I couldn't show it off.

More and more I'd be on the run at a store and would have been handy to just tap and pay, but couldn't with the G4.  I could have lived without it, but it still nagged at me that I felt like I was missing out.

The other issue was the camera.  I used the camera on several trips and it would do just fine while I was out during the daytime.  But as soon as you'd go indoors with lower light, or at night, it was fairly hard to get the right shot, right away.

I liked the camera shots, just I was used to better.

All the while my LG G5 would stare at me when I got home.

On their own, each of those 2 things was not a deal breaker ... but after about 60 days I broke down.  Well, not really.  I started to use the Axon 7, after using that that had also a 'great, but not amazing' camera, it made me want to use a phone with a better camera.  So I picked up the G5 again.

To most people, there's no difference in the quality, but I saw it, and to me that's what mattered.  Being able to use NFC again to pay for items at the grocery store, or showing off to the gal at the taphouse (I go there every week, and every week she looks stunned that "did you just use your phone to pay?").

And for 99.9% of you out there, you may never notice a difference., so don't take this as a key that the phone isn't worthy of your pocket.  And for the price difference it it can easily be something that you justify away.  But for me, it's now my back up device.

As for the overall performance, it was still fast.  I loaded it up with all apps and accounts, and I didn't notice any slowness.  Switching to my G5 I noticed a difference as it was faster, but it was one of those moments that I realized you don't NEED it to be blazing fast ... fast, is fast enough.  That bit surprised me.

Now, it's not all 'negative', after using the device there are several things that I did like as I went on using it.  Items that I didn't at all think about during my first review, that became a bigger reason for me to like the phone - and you might like as well!

In the end it's definitely a phone that I have in my 'recommend' list.  Very few of you really will ever notice the difference between this and the top tier phones, and for the price difference, why would you?

If you are in the market for a new phone, give the G4 Plus a looksee... it's probably my best 'bang for the buck' phone suggestion, and I felt that it bears repeating, even after almost 90 days (even though, I'll admit that it technically only lasted about 60 in my hands).
follow up lenovo moto Moto G4 Plus Review