Samsung Canada working with Health Canada over the Note 7 recall

Posted by Ryan Moore on September 12, 2016
Usually, I like to steer clear of the negative news.  And to be honest, I had my doubts about the Note 7 'explosions' that were happening.  I don't often have my tinfoil hat around, but something about it happening near the iPhone 7 launch and the fact that it was less than 0.01% of sold devices... and reading up about other phones that have 'exploded' nobody's really given too much of a thought about, and as it ended up being that it was some defective cable, or what not...

Anyways, that all being said, Samsung is legitimately calling back their devices.  Should you have one, you are being urged to bring your devices in to where you purchased them to ask for an exchange, or go through their own website (see press release below). 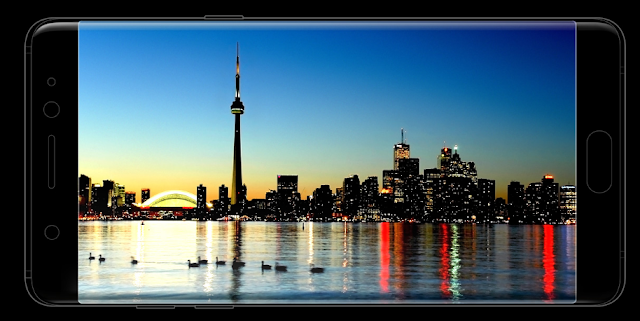 I don't know why, but personally, I still have my reservations, but if you have the device, go and send it in, better safe than sorry.  There's been much hype out there about ruined cars, injured 6 year olds, airlines banning them etc... Probably more hype than reality (again, the inner cynic in me), but safety is paramount.


MISSISSAUGA, ON, Sept. 9, 2016 /CNW/ - Samsung Electronics Canada, Inc. today confirmed it has been working with Health Canada following its announcement of battery cell issues related to the Galaxy Note7.
Samsung is working with Health Canada on a corrective action plan to expedite a Canadian recall of the product affecting the following model numbers of the Galaxy Note 7:

Customers who have Galaxy Note7 can replace their current device with a new device under the terms of the Canadian Product Exchange, which was previously announced Tuesday, September 6, 2016. To register for a Galaxy Note7 Exchange, owners should visit: CanadaNote7exchange.expertinquiry.com to initiate the Galaxy Note7 product exchange.
The terms of the recall will be announced as they become available.
About Samsung Electronics Canada, Inc.Samsung Electronics Canada inspires the world and shapes the future with transformative ideas and technologies. The company is redefining the worlds of TVs, smartphones, wearable devices, tablets, digital appliances and printers. In 2015, Samsung was ranked one of the top 10 most influential brands in Canada, based on a study by Ipsos Reid. Committed to helping Canadians live connected and make a difference, its Samsung Hope for Children corporate giving program supports children's education, sustainability and health-related issues in communities across the country. To discover more, please visit http://www.samsung.com/ca
SOURCE Samsung Electronics Canada

--
MISSISSAUGA, ON – September 6, 2016 – Samsung Electronics Canada Inc. today announced the immediate availability of a Canadian Product Exchange for Galaxy Note7 owners. This exchange was launched in response to the recent announcement regarding reported battery cell issues with the Galaxy Note7 device. While there have been only a small number of reported incidents globally, Samsung is taking great care to provide customers with the support they need. Samsung has identified the affected inventory and stopped sales and shipments of those devices. For customers, who have Galaxy Note7 devices, Samsung will replace their current device with a new one. “Samsung holds safety and consumer satisfaction as a top priority,” says Paul Brannen, Executive Vice President, Mobile Solutions, Samsung Electronics Canada. “While there have been no confirmed incidents in Canada, Samsung is taking a proactive approach to address customer needs around the Note7 and immediately addressing any consumer concerns.” The Canadian Product Exchange will offer consumers the following choices: 1. Exchange current Galaxy Note7 device with a new Galaxy Note7 2. Exchange current Galaxy Note7 for a Galaxy S7 or Galaxy S7edge through the carrier or retail outlet where they purchased their device To register for a Galaxy Note7 Exchange, owners should visit: CanadaNote7exchange.expertinquiry.com to initiate the Galaxy Note7 product exchange. Consumers experiencing any issues with their online registration can call 1-800-517-3507 to resolve any other questions or concerns.