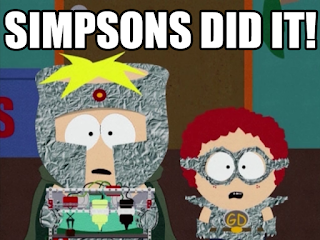 There are some days that I really just don't want to go through my Feedly read count.  But I have that rare syndrome like "Inbox 0" that I have to, have to go through all articles and return to a 0 state.

One time is when I come back after a week away without cell service... and last time I did that it took me a full week to just 'catch up'.

Another time is the yearly "apple vomit fest", as I'm beginning to call it.  Some apparent magical event has happened and every blogger is losing their mind about either how amazing this new piece of metal and circuitry is, or people are hating it.

Like my Feedly is just pages and pages of articles all retelling the same thing and then analyzing every minutiae of every minute.

Anyways... and then there's the "well, how can they claim that's new, when it's been done before?". Something we as Android fans have always scratched our heads about. Well, in traditional non-Apple-fan fashion (because it's either you LOVE Apple, or hate it, the world will not allow it any other way) I'll give my run down of "Android did it first".
Okay, so let's see...

First up - no headphone jack.  They courageously opted to get rid of old tech.

That's right, iPhone 7 models will eschew the headphone port and give you a second speaker (more on that later).  So if you want to plug something in for audio, it's got to be via the Lightning port.  Hrmm..  well, Moto Z had already done that a few months back ... sure not that long ago, but still, not new.  And yes, I do prefer the type of connection the Lightning is to USB-C (blasphemy, I know) it's going to be a huge shitshow for the next 6 months as folks try to work with adapters (kinda defeats the purpose, right?) and using bluetooth, or whatever it is that those new pods use.

Second - stereo speakers.  Because having 2 speakers separated by a few mere cms will definitely allow for proper stereo separation.

Third - water resistance.  The iP7 will be IP67.  Great, now we will have to explain what the IP rating means all over again.

Now, I'm sure there are a few of the old Samsung Galaxy Rugby's were rated, and probably some others before that.  But the first I really remember was the Sony Xperia Z series.. remember Z tablet compact?  I loved getting the Z2 to review and took it to a pool and shot some video of my son underwater to the shocked looks of the moms at the pool.  So much fun.

Since, there's been many many other phones following along.  At least now my IT department might have a stemming of the flow of phones ruined by urinals (apparently it's the number one reason they have to replace phones).

Fourth - Watch with a GPS and IP rating

This one I believe goes to the Sony SmartWatch 3 (the SW2 had the IP rating, but not the GPS tho').

I also believe it launched for way less than what the Apple Watch will as well.

What else did you think of for the device?
apple First iPhone obligatory