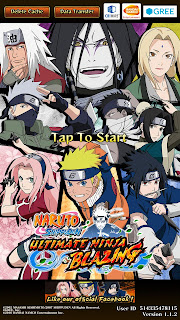 Naruto - Ultimate Ninja Blazing is a wildly addictive game that I haven't been able to put down for the past 2-3 weeks. If you're a fan of Naruto, you're going to love this game even more. 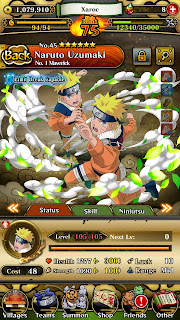 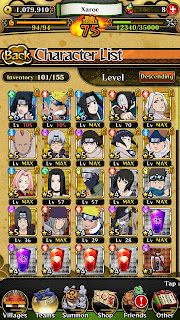 Naruto - Ultimate Ninja Blazing is made by BANDAI the creator of Naruto, and not some 3rd party developer.
The game follows the story of the Anime if you're a fan and care to know, as well as features all the characters from the series and games. You're able to play and collect all the characters from the top ranking Shinobi, mid-ranking Anbu black ops, to low rank henchmen.

The games general idea is to play through the story, and limited time events, which you can play Solo, online with random people, or with real life friends in real time. You collect and level up your characters as you play, and can combined the same character together to awaken dormant abilities. Your choice of party members you take into battle will offer benefits to other characters, so building your team can be essential at times. 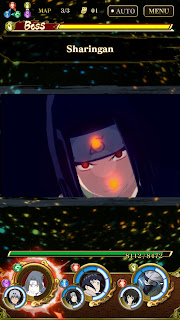 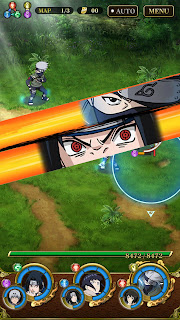 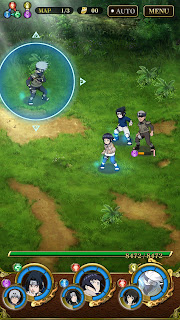 It's a turn based tactical battle field. You move your characters with the bubble on them to attack other enemies, you'll attack all enemies within the bubble. Allies within this attack bubble will also join your attack, so placement and tactical positions can make or break your battle.

On top of that there's 5 elements of characters, each posing a strength and weakness to another element, once again careful planning and choosing which characters to bring to battle will play a big factor to your success.

Naruto - Ultimate Ninja Blazing has decent graphics, each character their own special abilities, true character voices for main characters, and best of all, it's all free.
Of course there's plenty of opportunities to spend money, but the game gives you enough Ninja Pearls for completing events and such, thus not requiring you to spend money on said Ninja Pearls which is the paid currency for this game.

The fact you can play Solo, with random people, or real life friends in real time is what makes this game a lot of fun. For all these reasons, I highly recommend checking out Naruto - Ultimate Ninja Blazing, especially if you're a Naruto fan.
BANDAI Blazing Naruto Ninja Review Ultimate