With Google's new "Prompt" are you now using 2 Factor Authentication?

Posted by Ryan Moore on June 22, 2016
It used to be "hey, you need a strong password".  And I hated those things. Some had to have a special symbol, a capital and could be a name of a popular place or your mother's maiden name.  The rules just were nutty.

But to be honest, I don't think having weak passwords are the issue, I think it tends to be that a lot of us use the same passwords for many things, and then where one site gets leaked, they'll have access to all your other accounts.  Eep.

So the important thing these days is to have 2 Factor Authentication.  Essentially, whenever you want to log in to the service, it double checks that it's actually you by getting you to do something else.  Typically, it's sending you a text message and then you enter a code seen on the message. 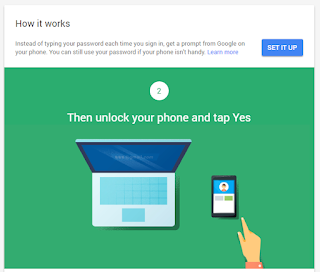 Well, rolling out now, Google is using 'Prompt' which will be the same, but instead of having to enter a code, a prompt comes up on your phone asking you "hey, you doing this?" and you can just say yes.  No code or nothing.  Simple.  You won't even be asked your password on the Google service.

Now that it's so simple... are you going to use it?

Personally, I haven't used 2 Factor on anything, and I probably should, eh?  What do you think?

My issue is that I have lots of phones, and I often switch between them fairly quickly... so if I set it up for the G4 Plus, but then I switched to the G5 in a couple days (after the review is over) ... will it be messaging the wrong device?