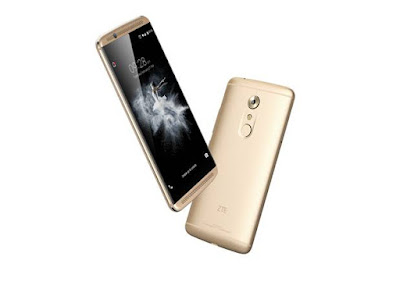 Umm... what's the emoji for sploosh (any Archer fans?)

But really, I'm just finishing up my day at my 9-5 and getting caught up on some of the news and ZTE's announcement comes across my desk and I have to say I'm wowed!

So, it's interesting they're going straight from last version Axon Pro (the A1P) directly to the Axon 7 (standard or pro).  Especially since there's the rumour that the Note 6 will actually be called the Note 7 (now that makes sense as it'll bring it in line with the non-Note series numbers).

Regardless of what they've named this device, I'm a little giddy to take it for a spin - even make it my daily.  I'm finishing up my review of the G5 and I'm going to be using the Axon Pro instead of going back to my G4 - I've been liking ZTE's stuff so much lately.

Now, it should be coming to Canada later in the year (please not too much later)

Here's their media release regarding the announcement:

26 May 2016, Beijing – ZTE, a leading global mobile device maker, officially unveiled its latest flagship device, the AXON 7, at the Park Hyatt in Beijing today. The device will first be launched in China, with international launches including the United States, Canada, Europe, and other regions to follow shortly after.

The AXON 7 was designed with an emphasis on what matters most to users today: immersive theatre-like sound, eye-catching design, and a high quality camera, all in the palm of one’s hand.

Design Inspired by Luxury Cars
ZTE partnered with Designworks, a subsidiary of BMW Group, to design a device that offers a fusion of aesthetics and functionality. Designworks helped create a smartphone that both looks good, with a full metal unibody and rounded corners and edges, and is easy to use. For example, the intuitive fingerprint sensor simply requires users to tap an index finger on the back of the phone where their finger naturally grips it, making it easy to use with one hand and minimizing the risk of dropping the device.

Power of Sound from Within
ZTE knows the importance of high quality audio on today’s smartphones, so they worked with a team of music conservatory professors to ensure the AXON 7 provides the ultimate audio experience. The device features Hi-Fi sound from two dedicated AKM audio chips and Dolby Atmos technology driving dual front-facing speakers. This results in clear, resonating vocals during calls and even better sounding music.

High Quality Camera for Better Photos
A smartphone with the ability to take high quality photographs is one of the key features that users are asking for. AXON 7 fulfils that need with fast and accurate photography while reducing visual noise that normally impedes photos taken from a smartphone. Its 20-megapixel rear camera uses dual image stabilization technology, advanced auto focus, exposure, scene selection and white balance to automatically detect ambient light changes. AXON 7 makes it easy to take great photos with less effort.

Availability
The AXON 7 comes in two versions: standard and premium. Both versions are available in two colours: Ion Gold and Quartz Gray. It will be available unlocked and online in Canada with pricing and availability dates coming soon.