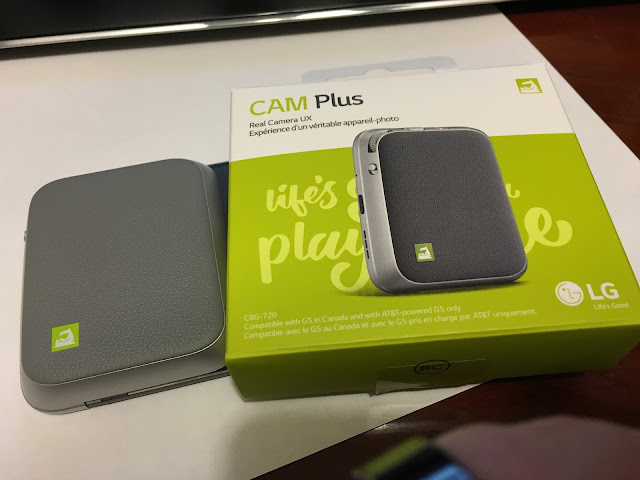 So a while back I was given the opportunity to play with a bunch of the LG friends to go along with the G5.  I've been very curious ever since I saw them, and it has been fun to play with them.  My full G5 review is forthcoming, I'm ensuring it gets its full opportunity as my daily.

Today I'm showing off the LG Cam Plus.

The TL;DR is that if, but for any other reason, you'd look at picking up this for $100 as an extra battery.  A little clunky battery, but it definitely helps out.  It's got some cool buttons that you can use as a camera feature, but ... to be honest, I rarely used them. 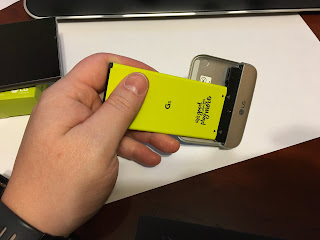 So, to use the Cam plus, you eject the bottom piece and replace the battery onto the camera module.  No matter how often you do it, it still feels like you're going to break the battery, but you don't.

Slap the module in, reboot and you now have it installed.  Nothing else to do.

There's 4 main buttons/switches on the module.  On the top there's a video record button and a shutter button (the record is the smaller one).  One the corner is the zoom dialer (can't think of any better word).  It's neat to zoom in and out, although I'm not a fan of a digital zoom.  But it's neat to use it to switch between the 2 rear cameras.  The problem exists that I always forget which way you turn the dial to zoom in or out.  No matter how often I do it, I always spend a few seconds fiddling back and forth on that dial (kinda like trying to plug in a USB plug... ). 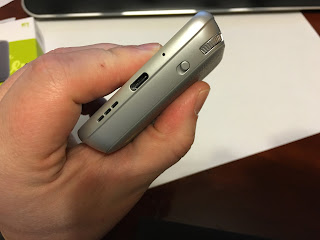 The main button I didn't talk about was the switch on the side.  You pull the switch and it'll bring you into the camera app, switch it again and you exit the app.

The interesting thing at the point is that whenever the module is 'engaged' is when the little battery in there starts to kick in and then we see the device start to charge.  So you don't automatically get a 4000mAh battery when it's plugged in (the G5 has a 2800 battery and the module is 1200mAh).  It's like a portable battery that you have connected but it kinda shuts off when not in use.  I wish there was a way to know how much battery it has left (I can't tell if the battery percentage is combined or just the main or not).

Note, you can't use the VR headest with the Cam Plus module.

One thing I am impressed about is the sound.  The sound is actually somewhat better with this... I don't know if that's just a placebo effect or not.

Overall, I use it to have that spare battery.  I don't think personally I'd use it to be just a camera grip (though I used to love getting camera grips for my cameras in the past).  I've just gotten too used to the controls on screen.

But that spare battery comes at a cost of it being a little 'unwieldy' in the sense that it's a little awkward to hold normally.  So do you take it off and then swap it on off when you want?  That'd be too time consuming... so do you live with the cumbersome grip for the battery and the rare occasion you'll use the buttons?  I do.  I just don't know that I'd pay $100 for it. 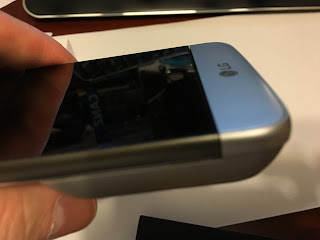 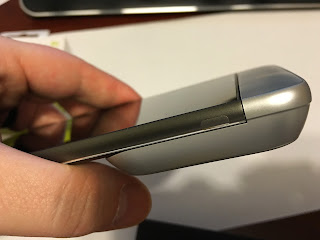 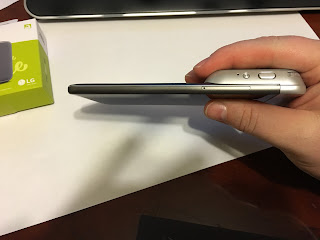 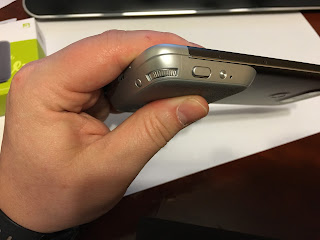