Did you know it's Streaming Day on Friday? Roku displays our habits 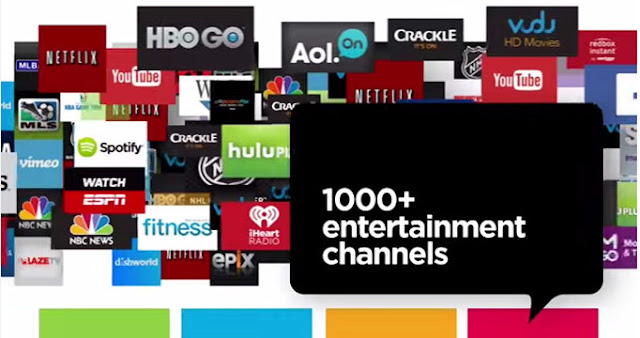 May 20th - apparently it's Streaming Day (in honour of the first Roku) and in honour Roku is releasing their survey which shows that we're stream hungry these days.

The highlights of the release (see below for their bulletin) is that these days we're so into streaming that we're starting to let it take control that it'll make our decisions for us, i.e. we're ready to trade away other pieces of our life so we wont' miss out on whatever content we want.  (albeit that's still a minority)

Which I find funny.  It's streaming... we can watch it whenever we want.  So why would we put off hanging out with friends.

May 18, 2016 – In celebration of Streaming Day on May 20, Roku, Inc. today released findings from a recent omnibus survey on the streaming habits of Canadian consumers. According to the survey results, the impact of streaming entertainment amongst consumers is prevalent. More importantly, consumer behavior is changing in order to accommodate streaming “FOMO,” of “fear of missing out.” In some cases, streaming entertainment held higher value than some personal daily habits or social interactions.

The survey, by MACRO, Inc. was conducted from April 27 to May 1 on behalf of Roku.  The survey was conducted online among a cross section of 2824 adults ages 18 and older in the United States, United Kingdom, Canada and Mexico. The survey participants were Roku and other device users who streamed content in the past 30 days.  The survey found:

Streaming FOMO prevalent amongst young adults
Adults between the ages of 18-34 are most likely to experience streaming FOMO.
Streaming FOMO vs. Daily Habits
Streaming FOMO also has an effect on daily habits, with many willing to sacrifice parts of their daily routine for a week in the name of streaming television shows and/or movies on their TVs.
Streaming Day celebrates the introduction of the Roku player, the first device ever to stream Netflix to the TV, in 2008. It serves as a day for consumers to stream freely.

About Roku
Roku is the creator of a popular streaming platform for delivering entertainment to the TV. Roku streaming players and the Roku Streaming Stick® are made by Roku and sold through major retailers in the U.S., Canada, the U.K., the Republic of Ireland, France and Mexico. Roku licenses a reference design and operating system to TV manufacturers to create co-branded Roku TV™ models. Under the Roku Powered™ program, Roku licenses its streaming platform to Pay TV providers around the world who want to use the Internet to deliver entertainment services through streaming players. Roku was founded by Anthony Wood, inventor of the DVR. Roku is privately held and headquartered in Los Gatos, Calif., U.S.

Roku and Streaming Stick are registered trademarks and Roku TV and Roku Powered are trademarks of Roku, Inc. in the U.S. and in other countries.