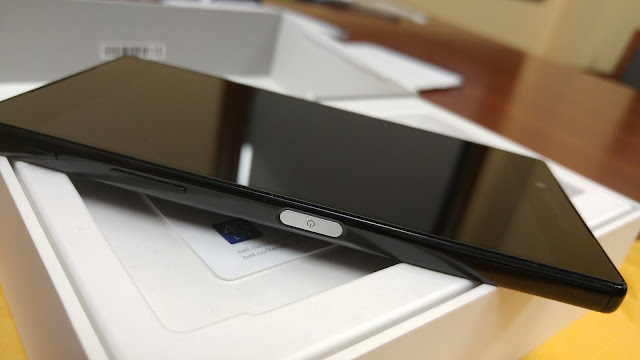 How do you turn down a phone that's claiming 4K resolution?  People balked at QuadHD display, saying you can't see the difference, but I could.  And now almost all devices are QuadHD.

So the switch to 4K will even be bigger coming from QHD than going from FHD to QHD.  I had to find out.

Thankfully the Sony Z5 Premium eventually did come to Canada through Bell, and to pick it up for just $750, or $200 on contract.  Not a bad price for the first ever 4K phone.

But how does it really stack up?  Well, Sony was kind enough to send the device on over for me to play with, so let's have a gander. 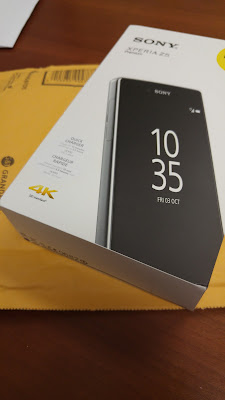 First up, let's look at those specs:

Okay, let's take the bull by the horns here and first talk about the resolution.  I mean, really, that's why you'd pick the Z5 Premium up over the Z5.

I reviewed the Z5 previously and ... well, I wasn't super impressed, but it got the job done.  I'm not going to rehash a lot of what I covered on the Z5, because it's essentially the same phone, just bigger, 4K and more battery.  So, check out that review for a review:  http://www.androidcoliseum.com/2015/11/sony-xperia-z5-review.html

Right, now back to the resolution.

4K does look cool - I shot a small video comparing 3 phones at 3 different resolutions.  You can watch it here: http://www.androidcoliseum.com/2016/04/comparing-phone-resolutions-fhd-quadhd.html

4K looks amazing on the phone.  There is a noticeable difference.  The only problem is that it's really only going to turn on to 4K when it's watching something at that resolution, when it doesn't sense the higher resolution of 4K it reverts back to 1080p for everything else.

Even when I filmed my comparison shot, trying to get a YouTube clip at 4K it couldn't do it, only when I had a native 4K file.

Shame.  I was really hoping.

That piece aside, it's essentially the Z5, but bigger.  So, the main difference you'll be opting for this phone over it's smaller sister phone is the size.  Do you want 5.2", or 5.5"

The advantage of going to the 5.5" display size is that you also increase the battery by almost 20%, that definitely accounts for something.  It definitely lasts longer (so long as you don't use 4K for all that battery time. 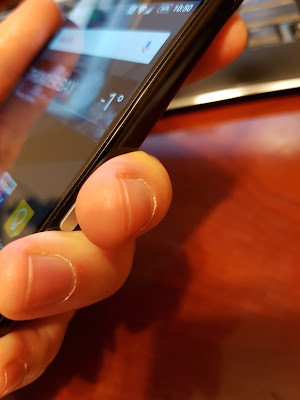 But, bigger also comes at a cost of design.  Not a big issue, but the blocky nature of their design means it really feels like a hefty slap.  Now, I compared it to my G3, which I thought was my thinnest phone, but it's actually not as thick, it just feels it.  LG, Samsung, etc.. all have thin edges against the glass and then round or taper out to the middle, where as Sony is just a slab all the way around.

It's not thicker, it just feels like it.  And you actually may like it.  I'm starting to prefer having something 'solid' in the hands - my work made me get an iPhone 6S and the thing feels ... flimsy skinny.  I feel much safer with the slab (especially as I don't like cases).

One thing to consider here is that the device still has a very slippery back glass.  Even if I put it on the arm of the couch you can see it ever so slowly glide it's way precariously to the lowest point.

It's a good phone, very snappy, just like the Z5.  But like the Z5 I didn't like the button placements, and for the size it makes it still just as awkward.  Having that fingerprint scanner there on the side means it's hard to get to if it's laying on a table.  Luckily, it has double tap to wake, and then swipe up to get to the code screen.  I do really like how as soon as you enter the code you go straight in, unlike with Samsung you have to enter the code, THEN hit OK.

Is it worth it?  You tell me.  For the battery, I might do it.  And I do like a larger screen, but the larger screen also increases the bezels, making it a pretty large phone overall.  Still very manageable for me tho'.  For you?  You'll have to pick one up and give it a try. 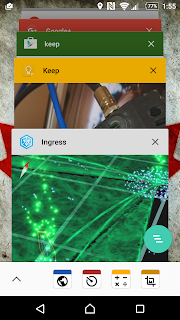 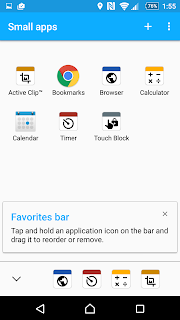 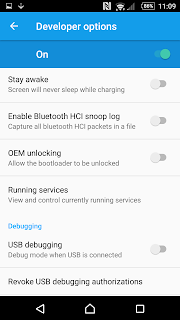 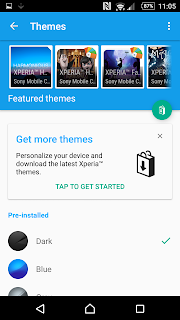 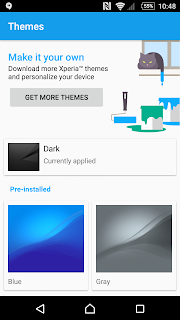 make it look different from others! 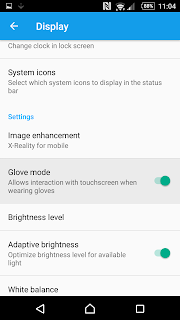 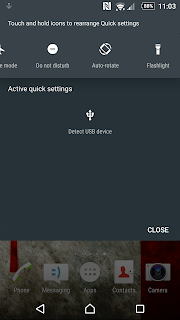 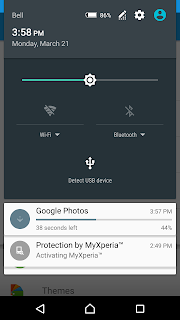 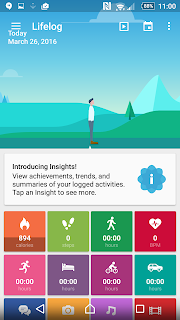 Lifelog is fun and a neat version of Google Fit, S Health or LG Health 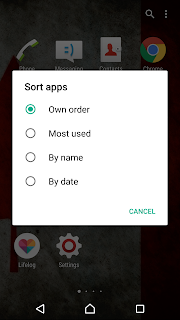 I don't like this move to these non-alphabetic lists 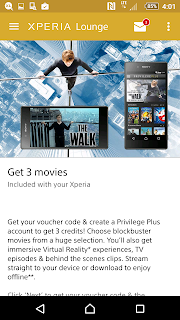