Patec's Android TV Box might be just what you need [review] 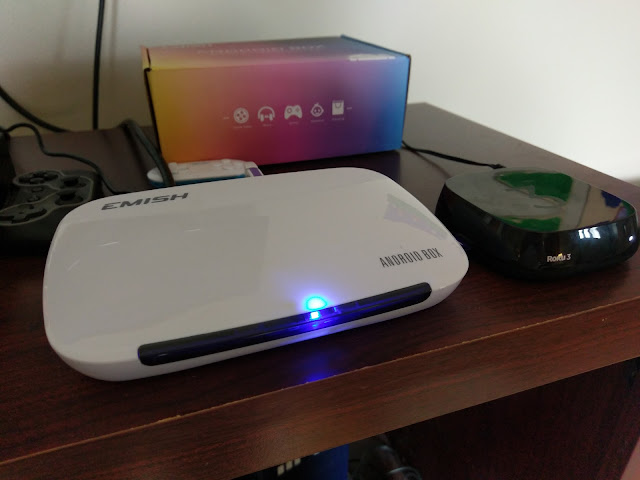 So for a while now I've loved my Nexus Player, my Chromecasts and my Roku 3.  But more and more I've kept hearing about using Kodi ... but to do that I'd like to have a dedicated device just for that.  Patec offered to send me their Emish Quadcore box for me to test out.


It's got some older guts in it, namely a quadcore 1.2GHz processor, 1GB RAM and only 8GB storage,  Android 4.4.4 ... but that's actually more than enough for you to have a dedicated media device for your TV.  If you were going to be playing some heavy games, you'd want more.

Okay, well, open the box and the first thing I noticed was no batteries.  Go find some AAAs... plug it in.  It even has a hard power button in the back.  Don't see that anymore.

It will use HDMI to plug into your TV.  It has RCA cables as well, but if my experience with using old analog cables to TVs from a computer is any indication of what will happen, you won't want to do that. 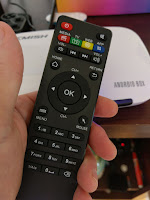 Plugging it in, it allowed me to set it up as 1080p (not bad).  You're left with the single remote to handle all your interface needs.  Not bad as they have set up a very simple launcher/ROM(?) for the device and it's easily navigable. 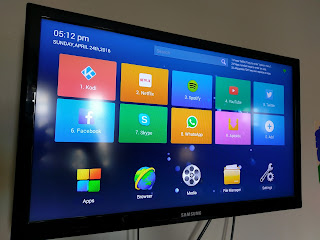 There is the option of a 'mouse' on the remote, essentially then puts a mouse pointer on the screen and you get to control the position by the arrows.  Pretty slow way to move it around if you ask me.

Another thing to watch out for is that the power button actually turns off the device, doesn't just shut down the display - so if you hit it, you'll have to re-boot the device back up.  Kind of a pain, but I can easily not press the button.

So, the basic options are already on your launcher, and the keys on the remote are tied to one of the main apps.  And installed already is Kodi (I wont' talk about that much as I've not had much luck using it!) and Netflix and more.  Why apps like Twitter/Skype/Facebook/Whatsapp are on there I won't ever imagine, because using the remote to type is just painful.  Maybe I should get one of those bluetooth keyboards.

To install apps they've included Aptoide - which ... well, I'm not familiar with, and I didn't play around too much - I tried to update Kodi and was met with a bunch of errors. 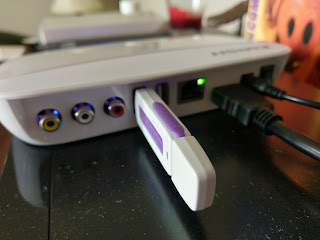 Outside of that, Netflix, Youtube, and even the Video app to play movies on a USB stick work just fine.  I wish there were more controls on the remote control, like a pause button ... but with the app the Okay button acts as that.

Overall, the device does what most people would want it to do, just fine.  It accesses their movies and photos and plays them.

It'll even install Plex and get them to watch movies from their other Plex connected devices (like my computer downstairs).

So the fact that it 'simply works' is good.  However, with the few little issues I've run into with the controls and navigation (nothing major, just little "oops, meant to hit that, now how do I get back?" type scenarios) I would have a hard time recommending it to folks like my parents or aunts/uncles.  It's best suited to more my generation where we can be a little more forgiving and savvy enough to explore and learn.

In the end, when I compare it to my Roku 3 right next to it, I would say I prefer my Roku 3 more... it's much simpler to use - but... at half the price of the Roku, this little gem can do a lot more than the Roku can do (if you want to do more, that is).

Check it out.  You can see more reviews on their Amazon page: