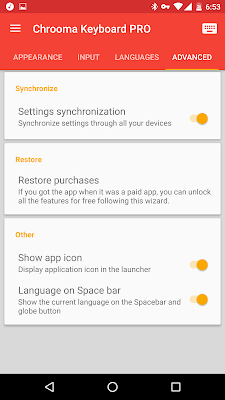 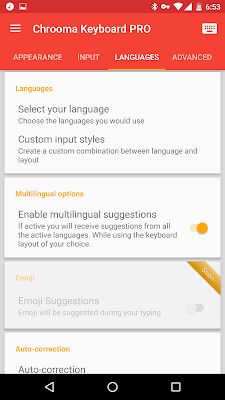 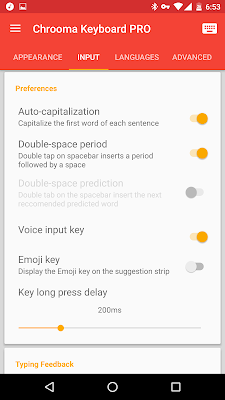 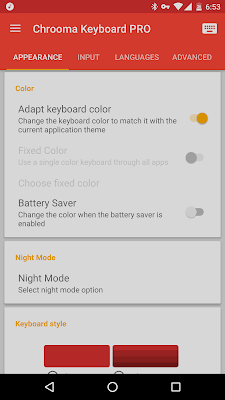 Everyone is all hyped up that Chrooma Keyboard went all free and crazy in the last few days, but what you may not know is how fabulous it is.

Making use of the Google keyboard model, Chrooma brings you quite a bit of flair.

The integration that is made within this application allows for a multi-facet of languages to interact with each other giving the user of Chrooma the extension needed to fluently move from one set to another. Going from French to English in multiple instances was very easy to go about it. Made my life easier when talking to a multitude of contacts.

But this is just the tip, there's a lot more choices in Chrooma and you'll even surprise yourself with the options provided. Who could have thought that a keyboard replacement app would make this much of a difference when communicating with people.

If you've been looking at Chrooma and thought to yourself it looked and felt like the Google keyboard, you wouldn't be far off. The colors, the options, makes this keyboard a must try.

Chrooma is free in the Play store and offers an in-app purchase for the "Pro" version of the application.