Posted by Ryan Moore on February 10, 2016
Sometimes it's okay to stay in the 'middle of the line' devices.  2015 and I think continuing on into 2016 we'll see a huge rise in the middle devices.  Great bang for your buck in those devices.

Sometimes you want to go balls to the wall with your specs and get all you can.

ZTE offered its Axon line up which was a very decent middle of the road device, which I reviewed back in November.  Released at the same time was the Axon Pro, but it's only now just making its way to Canada. 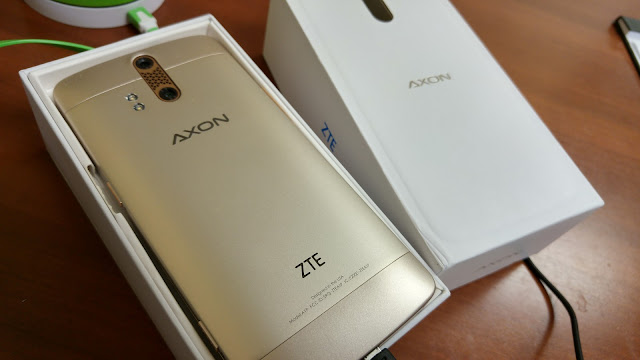 The Axon Pro bumps up a couple of the important specs on the Axon, which means there's also a price increase to $650 (for the 64GB version at Newegg.ca) - but is it worth it?  That's up to you to decide.

Okay, first let's go over what do you gain for that extra $150

*Note - the model I received came with 32GB storage

Everything else is pretty much the same as you'd see on the Axon ... so I won't rehash all that here - you can go and read my previous article.

Highlights from the Axon review that are still applicable:
- love the near Nexus/stock like UX (so clean and simple)
- Good heft to the build to make you feel confident that it's a sturdy device
- QUICKCHARGE (you really cannot go back after using it)
- Camera button seems superfluous (it only really works in the camera app)
- Camera app is pretty nifty with some niche features

Now the idea of going up to the 810 processor... and everyone's concerns about the overheating.  Sure - when I used it it did heat up.  But I really pushed it, and did it heat up more than say my G4... it's hard to tell and not have a little stereotyping going on, assuming it's going to get hotter.  For the most part - using it normally, I didn't notice anything.

What I did notice was how much that 4GB RAM helped keep apps in memory and reduce load times.  Definitely a must for my next phone.  According to AnTuTu (if you believe benchmarking) it put it higher than my daily use G4.  I'm inclined somewhat to believe it.

There are a couple of new apps to experience (which is odd that they weren't put on the normal Axon as they are nearly identical devices): Argus and ZTE Rewards

Argus acts as a step counter, and although I wasn't using it - it was persistently in my notification bar.  I'm sure I could have just disabled the app, but still.  There should have been an option to not have the notification. 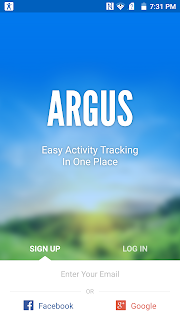 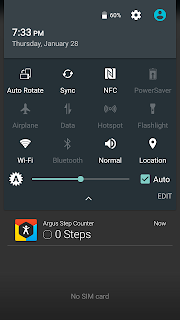 ZTE Rewards really baffles me.  It's an app that let's you refer friends of yours to go to their website to purchase the phone (and they have to use your referral code in order to do so).  If they do, then you get points which you can use for "Perk".  It's a little convoluted, and really somewhat unnecessary.  Unlike Argus, it's not persistent and you never notice it's there until you look for it.  But still... unnecessary. 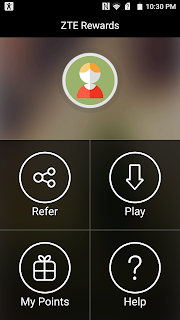 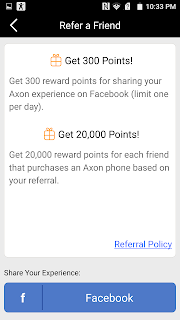 I also don't recall it being that big of an issue to find out how to turn off the 'vibrate on touch' feature (I just hate any vibration on my phone) as it took me a while to find the right spot for the setting. (For your edification it's in SETTINGS / SOUND & NOTIFICATIONS / OTHER SOUNDS)

Something else they threw in, was fairly neat, is called Z-Space.  With a flick upwards on the homescreen, instead of getting to Google Now (a gesture I really miss on 6.0) you're brought to a quick access panel.  This panel has your music, contacts, step counter and a news bit.

Not really useful to me, as I'm a Google Now kind of guy, but I'm sure there's an audience for it.

Just a couple minor differences the Axon and the Axon Pro.  Camera's the same. Battery life is... well maybe a slight bit less.  UX is the same.  Both have QuickCharge 2.0.

It really boils down to that RAM and the QuadHD in my mind.  After using the G3, to the G4, I couldn't go back to anything less, so for me that $150 price difference is justified.  Heck to get double the storage would almost be worth it alone (as most flagships that offer size variances start about $100 price differential).

I'm liking what ZTE is throwing down lately.  Sure they still will have their solid core customer base in the lower end devices like the Grand line up... but these Axon (and I'm hoping to be able to get the Watch some time too) really are giving the company a foothold into the realm of the flagship devices and it's definitely worth taking note.

It's just a shame that it's not as widely available (the Axon you can get from Fido, but the Pro you have to get online). 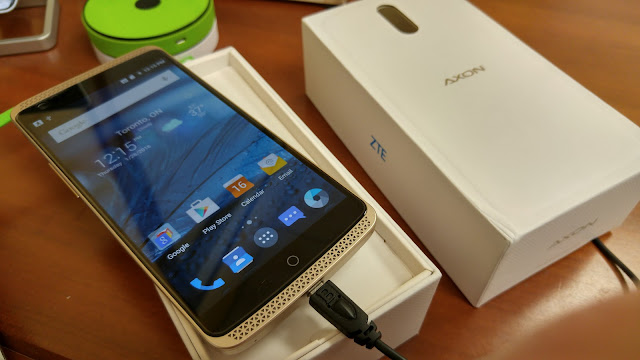