LG Cleaned Up at Mobile World Congress with 33 awards

Posted by Ryan Moore on February 26, 2016
So, it's something we discussed during our hangout the other day, that it's not about having the highest or biggest stats, it's about having some cool innovation in what you do bring to the table.  Make it smarter, not bigger.

And nobody seemed to do it better than LG.  As much as that's my opinion, it also seemed to be the opinion of several folks at Mobile World Congress, as they raked in dozens of awards, including:

Who do you think took the brass ring at MWC? 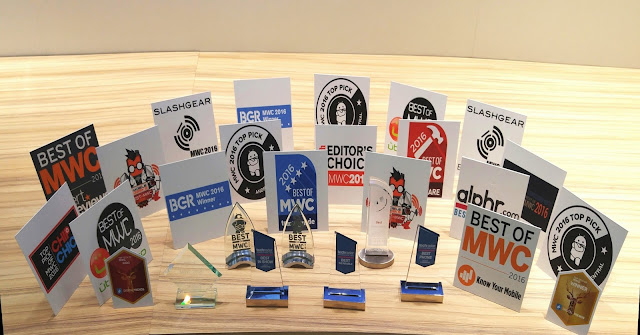 TORONTO, Feb. 25, 2016 ― LG Electronics amassed a total of 33 awards at Mobile World Congress (MWC) 2016 including the event’s top honour, Best Mobile Handsets & Devices Award, securing status as the most honoured company at the show. The wins highlighted the Modular Type innovation behind LG’s latest flagship smartphone, the LG G5 and Friends, demonstrating that the company is at the forefront of mobile communications. LG G5 and Friends earned top honours from Android Authority, Digital Trends, Trusted Reviews and Ubergizmo, among others.

“The initial response to our new LG G5 has been phenomenal and rewards the effort our experts have made to create something genuinely innovative and unique in the smartphone space,” said Juno Cho, president and CEO of LG Electronics Mobile Communications Company. “The G5 and its Friends modules are aimed at giving consumers a more playful smartphone experience and these awards suggest that we have offered something truly different in the market.”

LG unveiled the G5 to a 2,000 strong crowd prior to the main MWC event to high acclaim. The flagship smartphone is a brand new design with a sleek, metal uni-body featuring a Slide-out Battery and a Modular Type design that gives a greater smartphone experience. Complete with LG Friends, a collection of companion devices, the G5 can be transformed into a digital camera, Hi-Fi player and more.