[Review]Moto 360 Sport - a real watch feel for your smartwatch 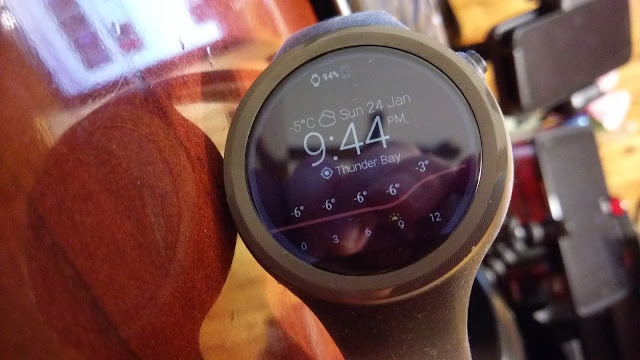 It's more than likely... 2016 you'll be in the market for a wearable.  Either some activity tracker like Fitbit or something smarter like Pebble or other... the smartwearable era is here.

So what are you looking for in yours?  If you're a sports type I'd really REALLY recommend this Moto 360 Sport.  It's not only got all the specs of a good activity tracker the brains of a good msart accessory, it's also (and I think very importantly) got the feel of a good watch.


I got the device and put it on, and immediately it felt like a watch, like it belonged on your wrist.  The G Watch I had, which I really love, now feels like a bit of a 'box' stuck on my wrist.  The Sport is slightly smaller I think, and the curve of the band allows it to fit better around your wrist like it belongs there.

On the inside of the device it has its own GPS sensor and WiFi for when you want to have it do some searching when the phone isn't near.  This is also good now that Google Fit can track your run from the watch alone so you can leave the phone in the locker at the gym and the watch will track GPS (so long as the walls of the gym don't give it a hard time like mine does) and connect to the public wifi for uploading the data or just keeping you up to date on other notifications.


It's really got all the great makings of ... in my estimation ... the best watch out there.

Now, where it falls a little short:

The display still has that little bit of 'bezel' that magnifies the edge... it's smaller than it was on the original 360, but it's still there, and it's sometimes hard for me to unsee it. 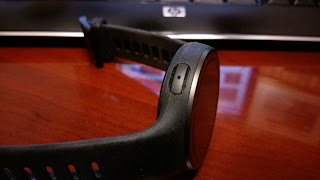 The band is made of that TPU type rubber that just collects lint from your pocket like crazy.

The display is definitely dimmer than my G Watch. It's fine, but it's surprising the difference, which is funny because you would think with less of a bright display the battery might last longer. 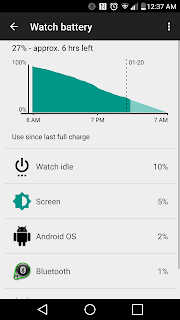 The battery, although would get you through a full day, does so with not much room to spare. Now, it does have Qi to charge it back up, but you'd have to be careful what charger you get, because the band won't let it lie flat. A spare charger would cost you $50.

The heart rate monitor isn't ... super reliable, like most out there. Especially before you peel the little sticker off the back (woops). I found that during my 'walk lap' of my jog I'd try to get it to read my heart rate and it gave several various readings that really ranged and the last reading being quite up (even after a bit of a walk to 'cool down'). I don't know if it's the sweat or what, but I couldn't get a reading that was consistent. 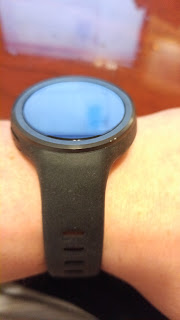 The rim around the watch has an aluminum feel and with my light wear over the week you can see it developed a 'notch' in it. (see photo, about 5 o'clock, there's a shinier spot)

I still just don't know what to do with the button... I know it's for 'home' but ... it just didn't feel necessary.

That all being said, I would still recommend this as a great watch.  At $379 it's not a bad deal for watches as they go, and it's got all the bells and whistles of any other out there.

It can connect to your WiFi, Google Fit or Moto Body (I liked to stay with Google so I used Fit), Bluetooth headphones, find your position ... heck, it can even tell time.

I think ti's a good melding of all the different genres into one device. 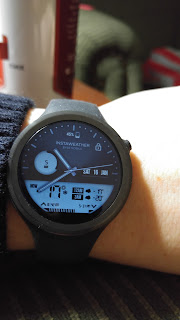 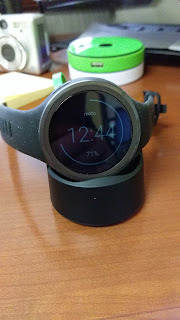 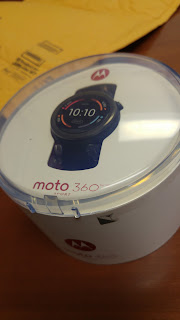