Posted by Ryan Moore on January 06, 2016
It's statsday!  Meaning I like to look at the recent stats released on the Android dashboard with the percentages of who's on what version of Android.

Sure, it doesn't look any thing like the iOS version, with the latest incarnation being a very meagre lowly percent, but that's a whole other battle for another day.

Here's the numbers as the stand. 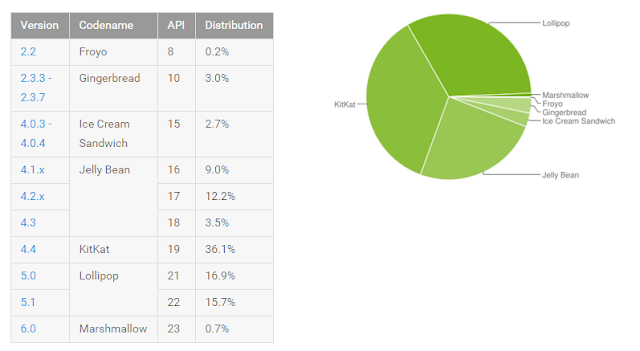 Not bad... if you look at our database page you can see how it's changing historically, and month to month there really hasn't been any standout fact as of yet.

You can check out the page and compare month to month as well as see a nice graphical display if you like.