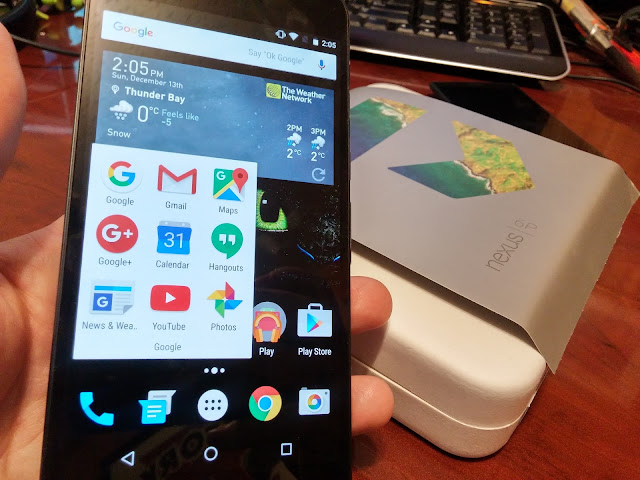 There's been a few reviews of the device already, and from what I've heard I just knew I had to get my hands on it.

The consensus has been that this is the best Nexus to date.  Some have even said best Android to date.

I'm thinking that is damned near to the truth.  The TL;DR version for my review is that, yes, the hardware and software make for it the easy going'est device out there, but for me the most selling point is how well this device feels like a 'premium device'.  Solid build, great feel.  It marries quite well with all the other features.


Yes, there's supposed to be a new update to the Marshmallow, which improves Doze features and allows screenshotting from Now On Tap, but they haven't hit my phone as of yet (Canada's always pretty low on the list). 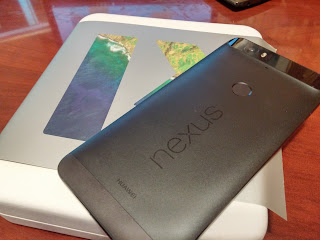 The new Marshmallow is great and all, and nothing feels ever as good as stock Android, but I think this is where the device really excels.

It feels well built.  Solid, study... premium.  The One M9 felt great as well - properly well put together, however it still had other issues.  The 6P really nailed it.

The bump for the camera isn't near as much of a bump as you might think and sure it's there, but it feels like it isn't. 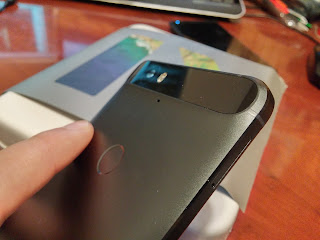 Stereo speakers ... true stereo speakers (I've had so many lately that look like they'll be stereo, and then turn out to not) is a real treat.  It feels like it's a little quieter than the M9, but it's still pretty loud.

The only downfall in the physical feel of the phone I have to say is that I wish it were a little smaller. 5.5" is the biggest I'd like to have... and it feels a little too tall.

Also, I'm not a big fan of having the Power button on the same side as the Volume controls.  Makes it harder for a screenshot (but then again 6.0.1 is helping to fix that). 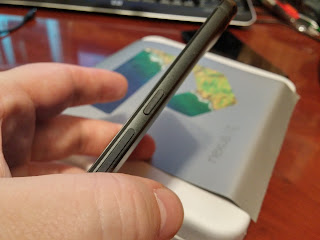 Then there's the new USB-C connector.  It comes with a cable with C on both ends.  And unless you've got that port on your laptop or computer, well you'll have to use the wall wort it comes with.  It does come with a small little length of a USB - USB-C cable, and I found I had to bring that around all the time with me. 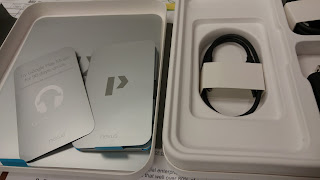 Well, not much to say here, it's Android at its best.  It's slick, it's clean... Marshmallow is a very mature.  Things just work (ugh, did I just say that?).

Marshmallow has that new Doze feature, where if you fail to use it for a while it goes into low power mode (like I did while I was at work) ... meaning the battery will last a lot longer. 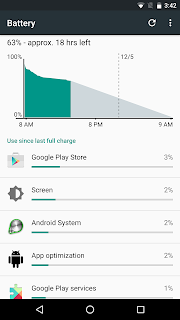 It also has the "Now On Tap" feature where if you're on a screen, you hold down the Home button and it'll analyze what it 'sees' and it'll give you information.  Much like how you can long press a word on Google Chrome (or Play Books) to have a quick search for that highlighted term. 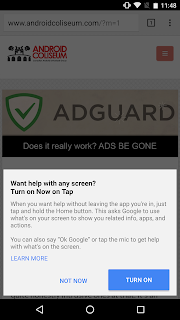 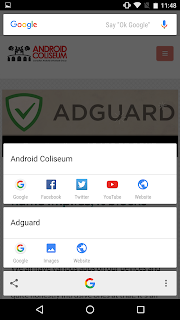 To start off, what's great is that they just didn't go for a LARGER megapixel count, that there's actually some thought at play here, and instead of upgrading that number, they upgraded where it counts - the pixel size.  It's now the 1.55um size.  The One's Ultrapixel is 2.0, whereas typical phones usually have about 1.1-1.2.  It may not seem like as big an improvement, but it does mean a fair improvement in working in low light.

I've tested it a couple times while my son was getting ready for the school bus (it's fairly dark now) and I think it's done quite well! 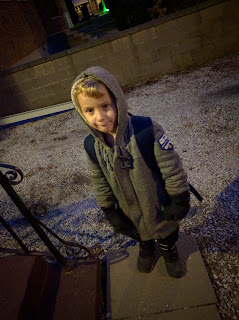 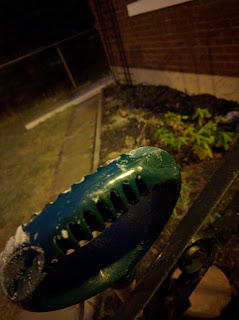 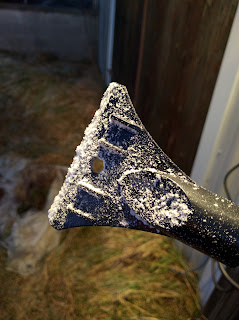 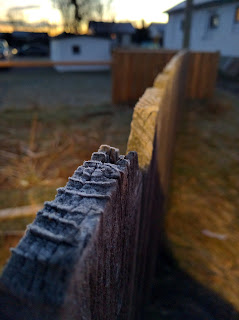 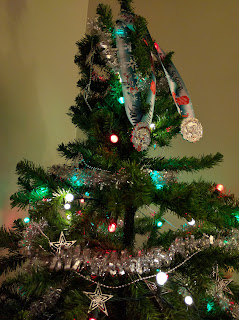 The new app has a better burst feature now - where holding the shutter down will take up to 30 shots in a second and then it can pick the best 8 and will even make an 'auto creation' (i.e. an animated gif or a collage).

This device sure handles just about anything you'd like.  I hadn't had any stuttering or any lag when I used it.  Now, I didn't make it my daily driver, but I did try putting it through some heavier apps and handled all the same.

Doze just helped ensure that the device surely lasted a full day and then some.

And I can't stress enough how much I liked the fingerprint sensor on the back.  No button to press, it just senses it's been touched and works nearly instantly.  Much quicker than when I used the S6/Note 5/Z5/etc... 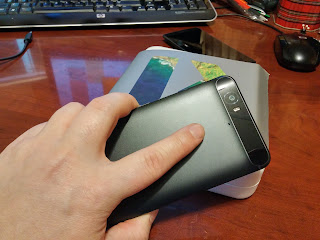 This device not only performs like a premium device, it feels like one. Which is all the good, well, because you're paying for it too.  The 64GB version I have is $750.  Not the most expensive phone out there, but it's not cheap, neither.

All the same, the money is very well spent.  It will not be regretted.   Just save some extra money for some extra USB-C cable accessories.  It's the joy of being one of the first few early adopters.
Nexus 6P Phone Review video