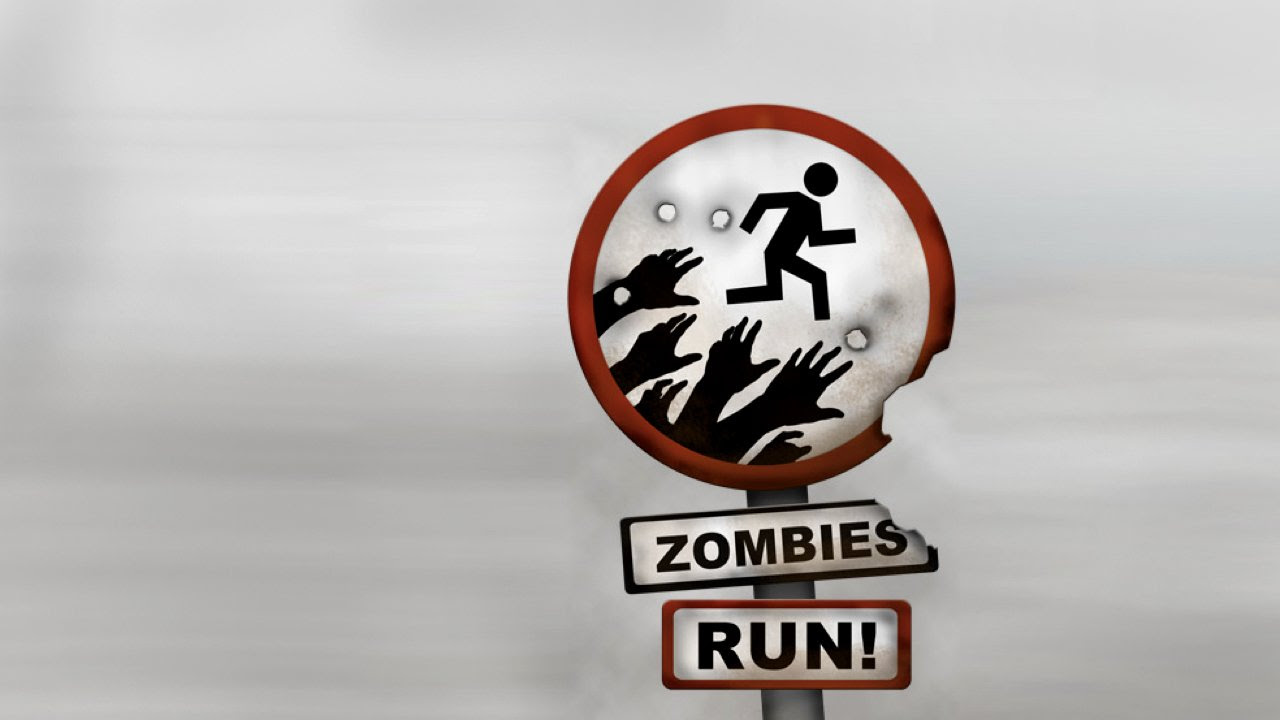 So, as I'm trying to get my body into some sort of shape, I've taken up jogging and I do love tracking my stats, but sometimes running on your own you need to have more... not just incentive and good music, so I gave Zombies, Run! a try.

So glad I did.  I don't know whether I should categorize this as a game or an app...

The way it works is that it essentially is a 'book on tape' you get to listen to about a zombie apocalyptic scenario and you get to be "Runner #5" in this place called Abel Township with an earpiece on you listen to Sam talk about the hardships they've had, or talk with other runners etc... 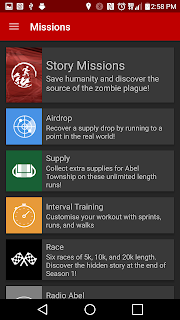 Your job is to run around and collect info/items etc... and while you actually move in the real world, your progress is marked in the game.  The story moves further, you find random items.

What's best is that you get these items or advance in the story not by following their path, but just by moving.  So you don't have to change your pace or change your route to do so!

You can adjust your 'session' or the chapter to be either time or distance dependant, depending on your path which is cool because the first few times I used it I finished the chapter and then still had a bit of the run to go so I felt like I was 'wasting time' with just listening to the 'radio' and not getting into the next chapter.

Next time I ran it was a shorter route and I finished my route before the chapter.  Luckily, the next time you go out you can just pick it up where you left off.

The fun part, for those of you who are real joggers, is the avoiding of the zombies.  If you turn on the 'chase' feature, at a part in the narrative where you're supposedly fulfilling a part of the mission (dodging zombies or trying to draw them away etc...) you might hear zombies getting louder and louder.  This means you better pick up speed to avoid them.  If you don't you can get caught and then anything you've picked up along the way can be lost.

Now, what are these items you've picked up?  Well there's underwear, batteries, runners, shirts... just random stuff.  Some stuff is something that's critical to the story line. 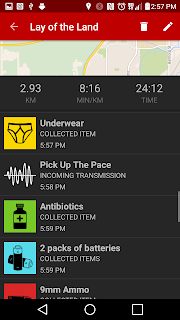 And apparently, playing around on the app, you can use the items to help 'upgrade' your township (to what end... I don't know ... yet). 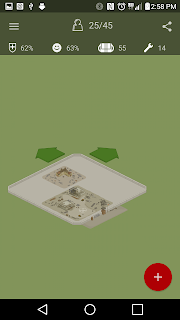 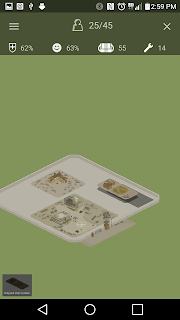 I've only been listening to it for about a week and it's really cool.  My next mission is to go out into an area and save a little kid. 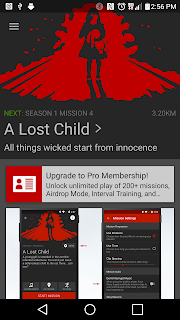 After you finish a run it gives you a brief summary (where you can see some of the items you gathered) and then a snippet you can share externally.  It's made for some confusion with my mom who's wondering where I'm going for my jogs now. 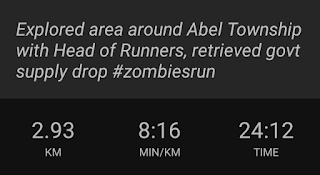 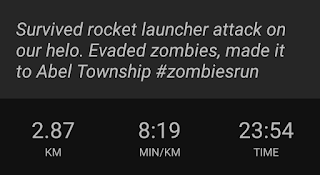 Now, if it only had Wear support!