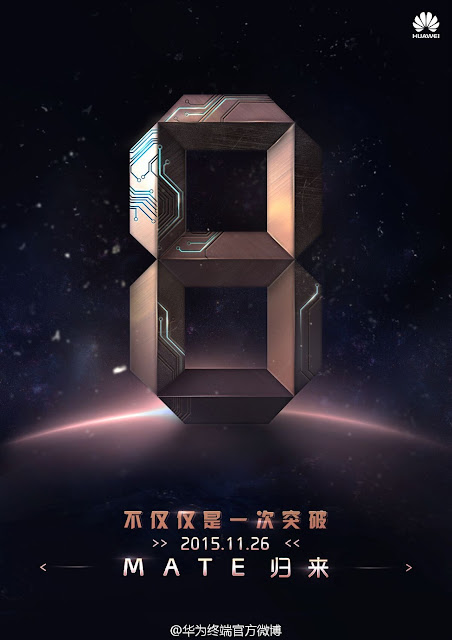 If you've been keeping up to beat with what Huawei is coming up with you'd be in the loop that the Mate 8 is coming up for November 26th. A lot of people haven't really paid much attention to Huawei in general as we don't have many devices available to us from them, but with devices like the Nexus 6P is makes you wonder, what else can they be up to.

This is the device that is believed to be sporting the new Kirin 950 processor, which is expected to be announced in a few days time. This Octa-core processor packs 4xA53 and 4xA72 and it's clocked at a solid 2.4GHz with a 64-bit architecture. We know that the Mali-T880 GPU and i7 co-processor are also present within.

It is believed that the Mate 8 will come with 2.5D Force touch display and be somewhere in the area of a phablet size. Initial indication also pointed to 3G of ram and initial capacity of 32GB of storage. Some of the other details that may be of interest point to a 20MP rear camera and a 8MP for the front facing selfie.