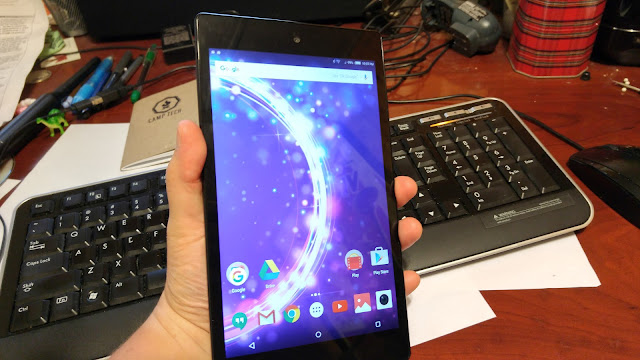 So, ZTE ... not the name you tend to think of when it comes to your mobile devices.  However, with the spec war starting to slow down, you're starting to see some of the other brands come up in true competition for bang for your buck.

Their latest offering is an 8" Grand X View tablet with LTE capabilities running on Virgin or Bell.  Setting you back only $240 this is reminiscent of Nexus pricing.  And I have to say I'm impressed.  There's a few things that I would definitely suggest for their next iteration, but overall nothing I would say "take it back" over.

Let's dive in, shall we

Again... for $240 that's quite impressive.  What also is impressive is the feel of the device.  It's heavy... it's not overly thick or anything, but it's got a good sturdy feel to it.  I didn't mind it at all.


Power / Volume buttons are on the right side, with a headphone connector at the top and microUSB at the bottom (just so you know, it's also 'upside down' for the port; like HTC).

The only odd thing about the physical layout of the device is that the slot to put in the SIM/microSD cards is at the bottom, on the back, under a big flap you have to pry apart.  I can just see it breaking eventually, as it's one of those tricky things you have to make sure everything's lined up and under before you snap back into place. 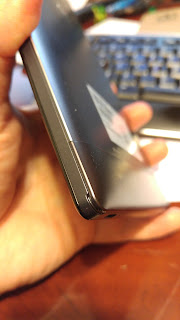 Inside the device... I was really expecting a treat as the other 2 devices I've reviewed have had AOSP running.  But with this device it was really something different.  It was it's own ZTE launcher.  The UI was different (not wrong, or weird... just not expected) and the layout in the settings took some time to find the right feature.

What I took forever to find was the app drawer. 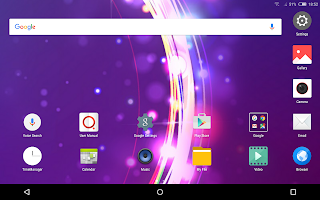 Turns out there isn't one in their launcher.  Any app you install gets put on the screen... much like iOS.  No drawer.  You just rearrange around on the home screen.

Try to get rid of an app off of the home screen and it thinks you want to uninstall it.  So weird.

Come to think of it, even the multi tasking option looks like iOS with the cards look.  You can swipe up to discard, but swipe down locks it (I don't really know what locking it does tho').

Outside of the UI... it's just fine.  There's no bloat or anything.

There was a parental app I found when I first looked at it, but couldn't find again.  Maybe I disabled it and the only way for it to come back is to reset it. 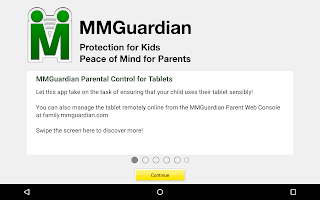 Software aside, it handles quite well.  I watched some MKV files on a plane ride and it had no stutter.  I installed some apps and ran some videos and hangout video etc and no lag or anything.

The 4600mAh battery just lasted and lasted (note the screen shot below had some long inactive periods ... still lasted better than expected).

It wasn't the fastest device I'd ever used, but it was more than adequate for whatever I wanted to use it for.  It'll be really sad when it has to go back home.

For $10/month to purchase from Bell... and then another $10/month from Bell to share your data with it... it'd be a pretty good deal.  Personally, I'd eschew the data plan option (good to know it's there IF needed) and just tether if I had to.  So in that sense, I'd say go for the $240 option.