Sony's Xperia Z5 is available only on Bell 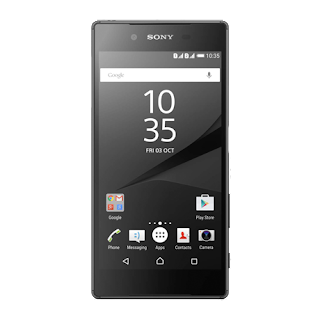 Sony's latest offering for the Xperia line up, the Z5 is available as a Bell exclusive (it seems either they have a great relationship with Bell, or is it the other carriers are afraid?) and will be ready for next Thursday, October 29

What does it bring to the table?


Not a bad deal.  Are you interested in one?  That fingerprint sensor in the side power is definitely interesting.  I'm more of an LG fan, with the V10 having it on the back... but that's just me.  Noticed they really didn't hype up the IP rating this time around.

“Smartphones have become an extension of people’s lives and we are excited to share the latest device in the Xperia series with Canadians,” said Ravi Nookala, President of North America, Sony Mobile Communications. “Smartphone users create, share and enjoy most of their content on the go and with Sony’s latest innovations in camera, design and entertainment integration, we set out to make the Xperia Z5 the best possible lifestyle platform available.”

A mobile camera experience unlike any other

Designed at Sony’s leading Creative Center studios, Xperia Z5 is built with a slim continuous plate form, a metal frame and frosted glass back for a striking look and feel. New features include a cap-less USB for easy charging and an integrated fingerprint sensor power button makes the device personal, protected and quickly accessible.

A flagship series powered by a robust entertainment ecosystem

Customers can also keep playing their favourite PlayStation®4 (PS4™) games wherever they are in the home with PS4 Remote Play[iii]. Simply connect the Xperia Z5 to a PS4 via home Wi-Fi and use the DUALSHOCK®4 Wireless Controller and never miss a minute of the action.

The Sony Xperia Z5 in white and graphite black will be available exclusively from Bell Mobility on October 29, 2015. To learn more about Xperia Z5, please visit Bell.ca/XperiaZ5and http://www.sonymobile.com/ca-en/products/phones/xperia-z5/.