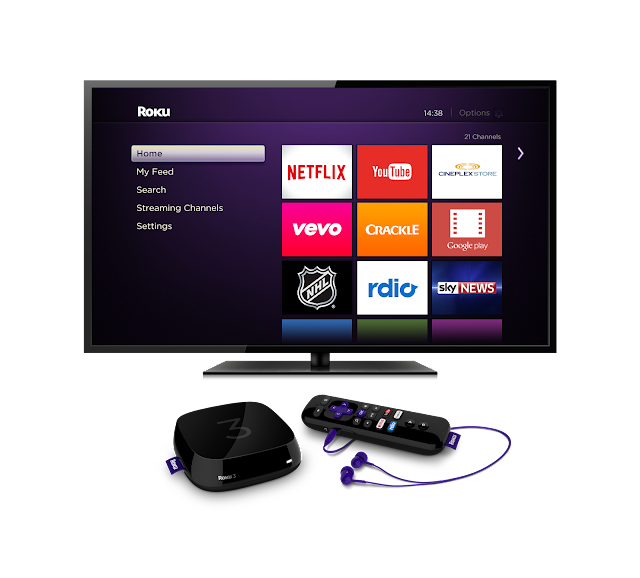 So, when I reviewed the Roku TV the other day I barely scratched the surface of what Roku can do.  And it's almost okay, because coming soon there will be new updates to the Roku OS to add some improvements all around.

This update will hit in mid-October and be applicable to Roku sticks, players or TVs.  So basically any Roku device.  Additionally, they are updating the Android (and iOS) app to reflect some of these changes. 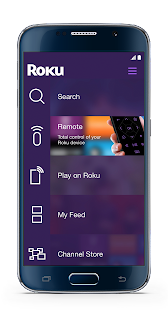 One of the big changes that is coming is the centred on their whole "Feed" feature.  Something I never really got into on the device myself, but after seeing the update, I felt like it was something I could have used.

Essentially, you could go into the app (and you can do this in the app now aside from the device) and punch in an actor, like Kevin Smith, then hit 'follow' add him to your feed.  So then any bit of stream or channel, new TV show, etc.. any information with him will show up in the Feed showing movies or channels that pertain to that search term.  This would be great if you wanted to follow a ... let's say Hallowe'en horror film series.

In addition you can now get 'notifications' on the main homescreen to let you know if there's new items in your feed or not.

And then anything you can pretty much do on the device you can now do on your phone (i.e. search, see feed, add to feed, etc..).  The app itself has had some improvements for casting items from your phone to Roku, including the ability to pinch to zoom on photos shown through the Roku.

The next new big feature is that you can bring your playing device with you to areas like hotels or dorms that have that weird Wifi network and it will still work.  You can now connect thru to the network when you use your phone to help it connect. 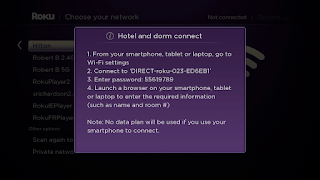 SARATOGA, Calif. – Oct. 6, 2015 – Roku Inc. today announced Roku OS 7 plus a new version of its mobile app. Roku OS 7 is filled with new discovery features that give consumer more access to entertainment choices. With a major update to the Roku Feed consumers can now follow movies, TV shows, actors and directors to receive automatic entertainment updates about pricing and availability. Those at college or who travel and want to stream will now be able to use the new Hotel and Dorm Connect feature for quick wireless connectivity in locations that require log-in credentials to access the network. In addition, the redesigned Roku mobile app brings the full Roku experience to a mobile device, and soon will feature an on-the-go mode that allows for access to features such as the Roku Feed while away from home.

Built for Streamers – Unprecedented Level of Entertainment Search and Discovery
In March, Roku introduced the Roku Feed, a first-of-its-kind discovery feature that lets consumers know when favorite entertainment becomes available for streaming – and at what price. At that time the company debuted Movies Coming Soon, which allows consumers to “Follow” box office movies they’re interested in and receive automatic updates when the movie becomes available for streaming, from what provider and at what price. With Roku OS 7, consumers can now follow movies, TV shows, actors and directors to receive automatic updates in their Roku Feed. Consumers will receive updates when a movie or a new episode of a TV show becomes available, or the price changes.

New Mobile Experience
Roku is also releasing a major update to the free Roku Mobile App for iOS and Android making it easier for consumers to access key features including Roku Search, Roku Feed, Remote Control and Play on Roku. Now, with just the tap of the screen, consumers can instantly access Voice Search, view and add to Roku Feed, launch Play on Roku to display their photos and videos on the big screen and much more. Similar to the Roku Home Screen, the Roku Mobile App also displays notifications to make consumers aware of new updates in the Roku Feed. “Pinch to zoom” capabilities let consumers view every detail of their personal photos.

In addition Roku OS 7 features Hotel and Dorm Connect, a new feature that allows consumers to connect their Roku player, Roku TV and Roku Streaming Stick® to Wi-Fi networks that require sign-in through a web browser like those commonly found in hotel rooms, college dorms and other public locations. Consumers simply connect their Roku device to the password-protected network, use the Roku Mobile App to sign-in with their login credentials, and they’re ready to start streaming. Now consumers have TV on their terms anywhere they go, whether it’s after a long day of classes, on a family vacation or in the hotel on a business trip.

Availability
Roku OS 7 will be rolled out to current-generation Roku players and Roku TVs beginning in mid-October.

About Roku, Inc.
Roku pioneered streaming for the TV and aspires to power every TV in the world. The Roku streaming platform enables content providers and advertisers to reach millions of passionate and highly engaged consumers who use Roku devices every day for a simple yet powerful way to stream TV on their terms. Roku grows the reach and scale of its streaming platform by distributing its operating system on streaming players and Roku TVs. The company generates revenue from streaming player purchases, license agreements with TV OEMs and pay TV providers, and entertainment consumption, promotion, and advertising sales on its platform. Roku was founded by Anthony Wood, inventor of the DVR. The company is privately held and headquartered in Saratoga, Calif., U.S.A.
firmware update OS Roku