Posted by Ryan Moore on October 20, 2015
If you have kids of just about any age, chances are they like and play Minecraft.  Since Minecraft was purchased by Microsoft, we knew that the days of the 'free reign' might be over as we figured Microsoft would somehow try to monetize this amazing platform.

Well, the first signals of the things to come is the new series of games with TellTale Games called "Minecraft: Storymode". Giving the platform a real 'game' feel is probably what might help bring in folks like me, the older guys who just want to play a game, and not have something so wide open.

My son, Dean, loves Minecraft so when the Story Mode came out, he was quick to ask to buy it.  He has family give him gift certificates now and again so he had enough of a credit to purchase and he's been playing it for a while.  He loves it.  I'm hoping it'll help him read... more on why later.

First up, I wanted to have him give you his bit of an introduction

After he gave me his primer explanation I decided to give it a shot... let's see if it can reignite some of my interest in the game. 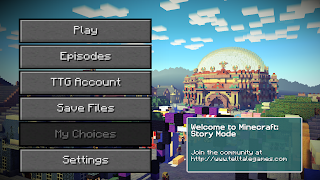 So, essentially it's using Minecraft as the platform for the game and it's a big 'choose your own adventure' type.  Which is cool.  So it's minimal amount of 'free reign' and exploring (though you do get some). 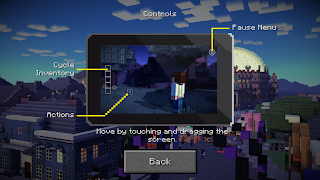 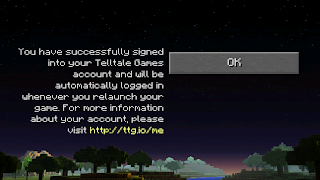 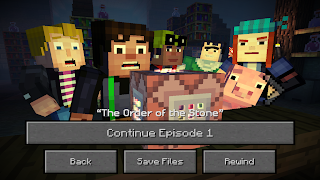 Do note that this is just "Episode 1 - Order of the Stone" meaning there's more to come, and you can get a 'season pass' to get all 5.  Dean'll need some more birthdays to afford all 5 down the road. 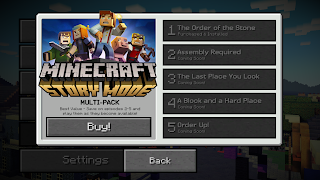 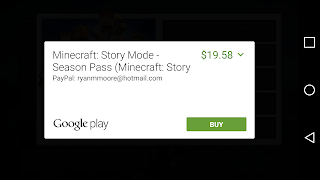 Either way, it's pretty fun and interesting to see the direction that Minecraft is going (I wonder what kind of Youtuber folks will get involved in future episodes).