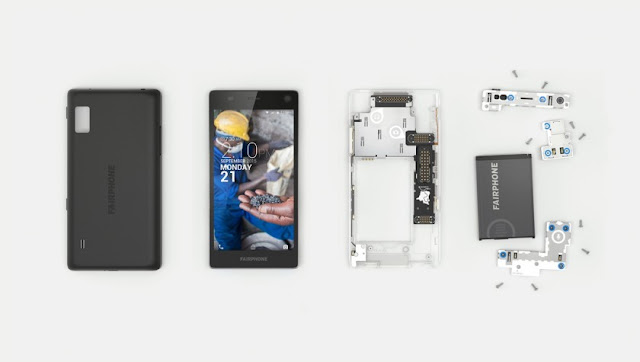 Being part of the Android scene we get to see lots of news, releases and new gadgets to play with. In 2013 something that did grab the attention of many was the Fairphone. Now just shy of 2 years later we get the Fairphone 2 which should make it début in December of 2015. This is the worlds first modular phone to be made available to the public.

The company aimed to make it the device that can be fixed on the spot, by anyone, anywhere and anytime. All of the parts can be easily removed, replace much like what you see in PC's today. You have the ability to remove one part to replace it because it's defective or simply because you want to upgrade. There's no need to throw away and get yourself a newer more expansive version.

The Fairphone 2 sounds like it's one of those device that will grab the attention of the modders, the tech savvy folks and just making it available by parts is one big incentive. It will run you at €529.38 from www.fairphone.com. The release is slated to be initially in Europe, but the company is definitely looking at expanding it's business in other markets.