Posted by Ryan Moore on October 08, 2015
The KICKSTARTER has started!

It's been a weird theme lately that we've been talking about portable bluetooth speakers lately.  But I've started to re-awaken the music lover in me.  It's something I'm starting to notice as the sound quality difference in a bunch of different speakers and headphones are becoming clearer.

Heck, the other day I cracked out my ol' DVD-Audio discs and gave them a listen.  Almost made me throw away my MP3s.

So, when trolling around through some of the links that come my way seeing something tout itself as 'pure audio' was really curious to me.

Treelabs is building the "Astro", which will keep the music signal 'pure' and will be coming to Kickstarter Monday, October 19th @ 11AM EST

So, how does it do this?  Well, they give a very basic explanation on the site. 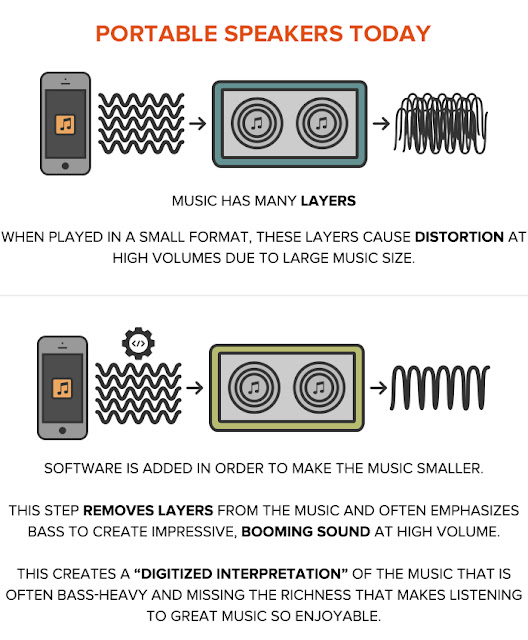 Essentially because of compression the file itself gets processed to be simpler... which can cause issues.

Now, they don't say how they're going to go about fixing this issue.  But say they will work by controlling that distortion without altering the music (what was explained to me that there would be no software on the speaker end to remove the complexity).  That'll be the interesting bit for me to hear about.

Also interesting is the design.  Design is the new catchphrase of the generation (just loved the CBC "The Current"series By Design) but the importance of design is it should have some sort of function or purpose.  They make some very important statements with their design. 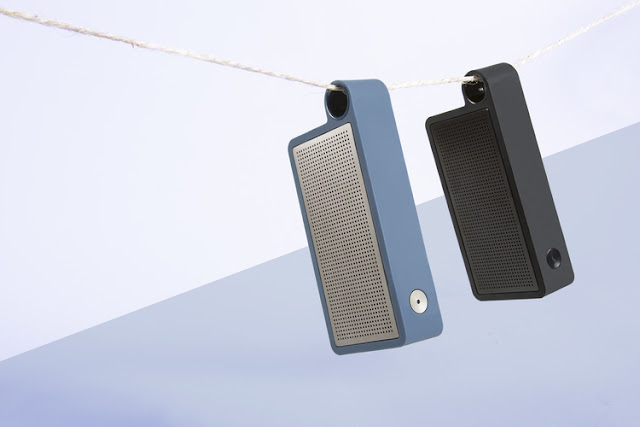 The loop.  It looks weird, it's out off the side.  The Buckler had a carabiner loop so you could bring it just about anywhere, and it looks like they want you to have the sense that this can come just about anywhere with you, but still look a little more stylish than some camping accessory.

Only one button.  This is where I get a little leery.  No volume controls... no playback controls.  I'm all for making it simple, but one button could also make it more confusing for a guy like me.  But... if the music quality is superb, and battery life is excellent, you may not need to go to the device.  Just put it up somewhere and leave it.   Control everything through your phone.  I get it... but personally volume would have been a good add (I like to have my speaker at about 50-65% volume, usually the peak performance range before speaker distortion, and then control source volume to whatever levels).

Now, the Kickstarter hasn't launched yet, but will soon.  And they've announced some perks.  First off for early birds you'll get a MRKT felt case with a speaker for $120 (assuming USD), otherwise it goes up to $140.  You can also get a "Tattoo Temple" design on the speaker with or without the felt case ($180 - $220 depending on the design).  For us in North America we'll add $19 for shipping for the perks. 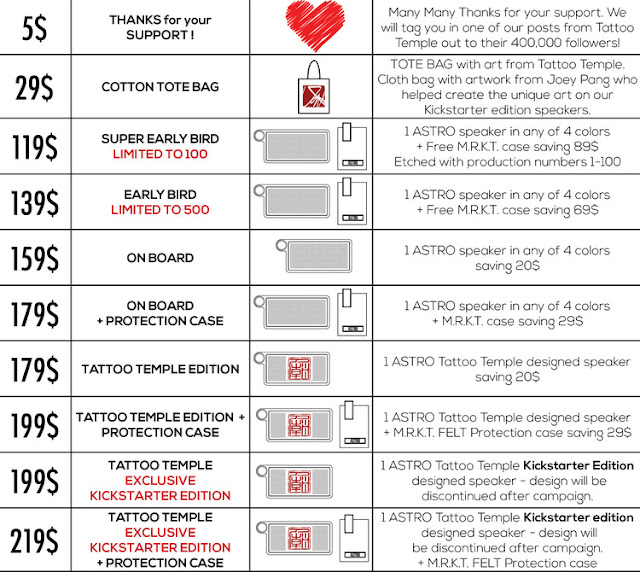 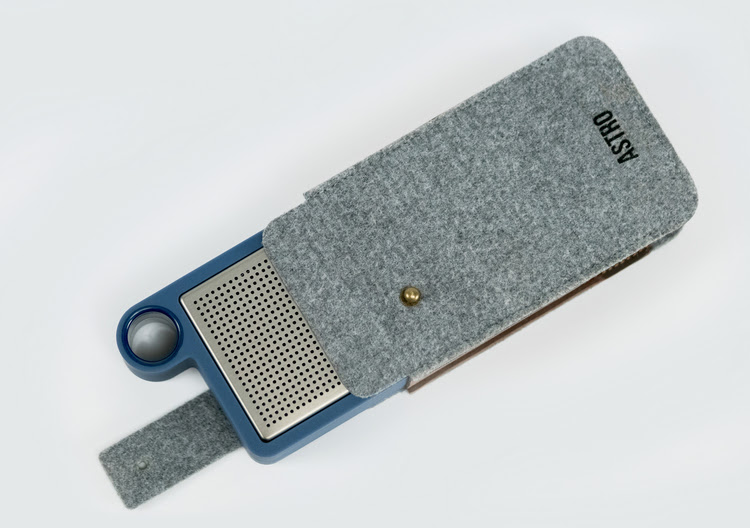 An interesting speaker that has a lot to promise.  They haven't talked about power output yet, but when you read the site, it looks like they've gone through to ensure they've done their homework; their team looks to have some chops behind them in - specifically their Audio Engineer.

Would you be interested in a higher quality portable bluetooth speaker?  Or does it really matter to you at all?