Xiaomi's Redmi 2 Pro available for under $200

It's not new news to talk about the Xiaomi's Redmi 2 Pro.  It's been out for some time, but lately I've done a lot of reviews on the 'economic line up' for phones.  The Moto G, the Desire 626s and the ZTE Grand X2.  Some really great options, and it has me wondering what other options are out there.

I think with the opening of people questioning the 'big 3' for their sources of phones with companies like OnePlus, people are looking for something off the beaten path, and personally I think the spec wars are over, so they're not looking for the upper-most flagship device out there.

So where else can they turn?

Let me show you this one I have my eyes on, and it's currently $175.05CDN with free shipping (you don't see that often enough).


Now, I've been intrigued with Xiaomi since Hugo Barra had left Android to go work for them, but they're not quite really looking at North America as of yet... so there's a bit of 'mystery' with them as I've never played with one.

The specs aren't great, but as I'm finding out with my previous reviews, specs may not be everything. 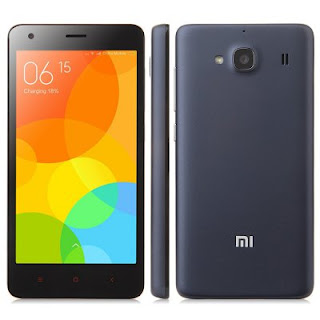 Here's what you get:


Essentially it's a Nexus 4 with a slightly more modern processor.  Decent specs ... more than enough for those casual users (someone who wants a 'texting box with some extra features').

Because you're also getting it from China, you'll also have a dual SIM ... which is something that the "I live near the US border" person in me would love to try out as there are plenty of options to purchase a SIM just to roam on, but I'd rather not have to swap SIMs for.

Now, it does only come with Android 4.4 pre-installed, so no Lollipop love for you, but I'm sure there bound to be an XDA forum for you somewhere where you can install it on your own.

Similar to the iPhone 5C however you can get it in a variety of colours... just for those of you who like to have colour, but hate cases:

Then there's MIUI 6... there's got to be something said about having something 'unique'.  Often  you see others' phones with just the same ol' everything.  TouchWiz or iOS... hardly looks different.  That's where I think OnePlus has done well, with the strength of Cyanogen to back it, and then provide their own feel and look with OxygenOS.

MIUI has been pretty popular for some time, but because it doesn't cross over from Asia we've not seen it.  I'd be interested in giving it a whirl.

In the end, I think it's just a shade on the 'too short' side for me.  4.7" would feel pretty small; however, I know a ton of people who still have an iPhone 4/4S and are looking to upgrade, and maybe ditch ol' iOS for something ... unique or alluring for something different.