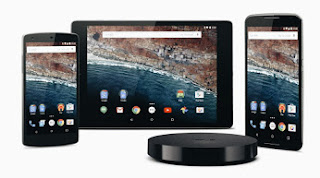 If you're an Android fanboy, you love your Nexus devices; some might say because it's "as nature Google intended", but mostly it's because it'll get the updates for the latest Android builds as soon as possible.

Now there's going to be an all new reason that Nexus devices shine above the rest - guaranteed monthly updates.

Not just updates for platform, but monthly updates to patch security issues (like the stagefright exploit).

The Stagefright exploit is something we've talked about during our Hangout Show recently (don't forget tonight's show!), and as it's an Android library issue, it needs to be patched at the platform level.  Most OEMs have said they are working hard on a fix (but until then, just turn off the 'auto retrieve MMS').

Google has said in a recent blog post, that security was always on their mind since day one with Android, and have now committed to ensuring that the Nexus line up will be getting monthly updates that will focus on security (in addition to platform updates).

The first of this OTA update will go for the Nexus 4, 5, 6, 7, 9, 10 and Player.  Plus, they state that devices will get these security updates for up to 3 years (even though the version updates for just 2).