LG is climbing the ladder - G4 beats out S6 and iP6 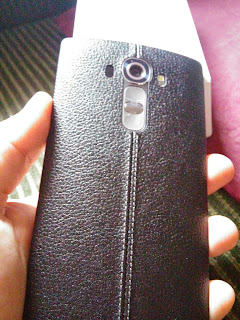 So, it's no hidden mystery that I've become pretty enamoured with the LG line up... the Nexus 4 was an amazing phone for its time, and since the back buttons came in with the G2, I find it very hard to go to anything else.

With how much I really like the phone, and then those that I show it to that they start to go 'oh, wow' ... I find it amazing that it's still got as little marketshare as it has.  Something we've talked about in our #TRYLGG4 group.

Well, maybe their lack of a real strong marketing presence will help get a little boost from Consumer Reports which just stated that the G4 ranked higher than others in the same field.
According to GSM Arena (because who has a subscription to CR anymore?) the US version of CR went and did their evaluation of the flagship line up and found that the LG G4 came out with a mark of 78 (out of 100) which puts it in second place (tied with last year's G3 to boot).  The report didn't say the other scores, but the S6 and the iPhone 6 tied for 5th place.

In first place?  The S5... still going strong I guess.

So, when the LG G4 is doing this well... how is it stacking up for marketshare?

US numbers (via comScore) 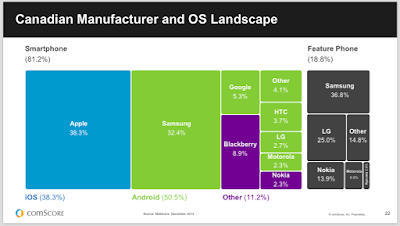 Let's give LG another quarter (numbers should be out soon) to see if the release of the G4 has bumped it up any.  In Canada we might have to wait until Q3 numbers are out to see the G4 impact.