Angry Birds 2 sure lives up to its name 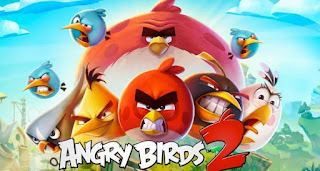 I'll have to admit, I have not tried out this latest version of Angry Birds.  I've done just about every iteration (minus the Stella series).  I really petered out with Epic.

And it looks like Angry Birds 2 is really falling into that vein; the 'pay to play more' method.

It's one thing that the game play looks so much any of the previous (just fling birds), with the standard of 'here's some extra powerups at a cost' features, and it does look a little more cartoony and animated.  But a sequel should be more than just a new coat of paint.

What is cool is that YOU GET TO pick which bird you're going to fling. What's made me really decide not to play is how +AndroidSPIN describes the game play that you would have to pay gems if you wanted to play a level that you've failed more than 3 times on.

That was the beauty of the old games, being able to play it again and again with a lot of trial and error.  Paying for that trial part now is just the straw that broke this camel's back.