Alcatel's OneTouch Idol 3 is really not something to overlook [review] 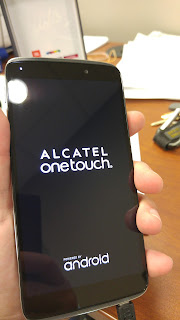 Last week we talked about the rise of the midrange phone.  Not only are there more variants of current flagships but there are a host of newer companies coming up with neat new devices.  Companies that sometimes had a hard time to break the ice are definitely finding their niche and gaining their stride.

One such company is Alcatel, and you've probably seen some of their offerings in the past (Bell usually has carried them and my brother has often asked me my opinion)... and to be honest I haven't seen anyone use them.

I think definitely it is about to change with their latest offering of the OneTouch Idol 3.

tl;dr - this is an amazing value for the buck, and one of the few 'mid-range' that provides a larger screen


First off, let's look at the phone on paper...


(these are the specs of the phone I got, there is a smaller 4.7" version with less storage and a Quadcore)

So, I got the Idol 3 and this model was set up for Telus (but it's unlocked and worked easily with my Bell SIM). And immediately I was struck by how thin this device is. Like really thin.  It doesn't have a removable back, so that really helped.

For being thin, it actually is a nice size - 5.5" screen.  You don't often get a larger size screen in a mid-range.

Usually when you lose a removable battery you also lose the microSD card as well... not so here; it's got a double tray on the SIM tray, where one is the SIM, the other is the microSD.  It just means then that you can't hotswap the card (but how often do you really do that?). 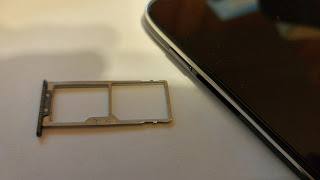 The other thing I recognized is that the volume/power keys are swapped (maybe I've just been used to Samsung devices); so the power is on the top left, with volumes on the right.

You'll also notice it has stereo speakers.  Now, the grill over those speakers are flexible plastic, so don't poke it with your fingers, it'll definitely flex.  Plastic or not, it's still true stereo, and they have quite the 'boom' to them, which if you know JBL, they don't produce cheap sound.

Then you turn it on and you notice how almost identical it is to stock android... you'd think it was a Nexus.  You'd think it, but there's definitely just enough changes.

Now, it's 1080p, so not the more favoured 1440p as is the trend, but there's a huge debate out there about whether or not you'd notice a difference.

That being said the screen is good enough.  It's sharp enough, but I find the colours aren't quite as 'vivid' enough.  I'm not a big fan of the 'over saturated' ones you see with Samsung, but definitely more muted than what I call my natural looking G4

There's not a lot of extra apps in it, just some very very basic ones.  Nothing intrusive.

One thing that was pretty neat is the 'fully reversible' feature they have where flipping it upside down it gives a neat little animation and the nit's now right side up.  With the speaker set up, you don't know which was the top or bottom (I love when there's no logo anywhere on the front).  This flip even works on games or apps that only play in landscape one way

Because the speakers are by JBL they have to throw some good music app in there as well.

It's pretty cool, but adds in a bunch of DJ'ish features.  Where you can scratch music, or flip it landscape and then go and mix between tracks.  It can only use MP3s on the device, and not my Google Play Music All Access subscription unfortunately.

That's about it.  Really... Software wise, it's essentially a Nexus, and only the 'in the know' Android geeks out there would be able to tell the difference.  It will be interesting to see how well they do their updates for their phones (do we have data?)

How does it handle?

I have to admit, I was very impressed on how well this device handled itself.  I'm probably becoming somewhat of a 'flagship snob' because that's all I tend to use; so you assume that the device won't be able to handle the same as my flagship... and it doesn't, but the difference is only going to be noticed by someone like myself; for the every day user, it will handle just as well.

I have it syncing with both of my Google accounts and a couple other emails and I've never noticed any issue with syncing account data.

One of the things I've done to test the device is give it to my son.  He's 7 and I find it interesting how different it looks from a Samsung device, but yet has no issue finding exactly what he needs.  It also means that he's installing a few games on it.

What I've noticed while playing bigger games it didn't really have any performance issues, only just slightly longer loading times (and my son doesn't mind longer load times between screens, just if the game stutters).

On smaller games there was no perceived difference between it and my G4.

Now, for me the battery lasted and lasted (but it's thin... the battery can't be that good); but keep in mind that I never used it as my daily driver, and I never did put a SIM in... so it wasn't accessing cellular reception at all.

This is probably the area that I did notice the biggest difference between a flagship and this device.

It's not just the MP count that causes a difference (sure it's less than this year's G4, but the same as last year's G3), but the metering is just slightly .. neutral.  And it isn't quite as sharp. 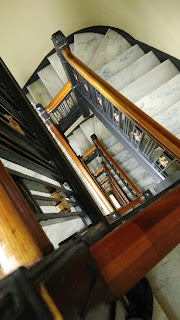 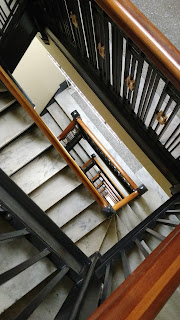 The 8MP selfie is great, but I'm not much of a selfie guy to say how well it is or isn't. 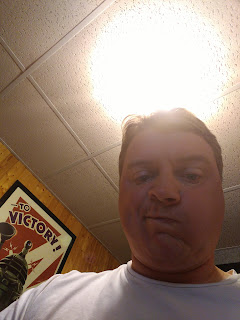 There's some neat modes to play with as well.

Just like my tl;dr ... for a mid range phone (and really it's at the upper end of mid-range, or lower end of flagship) it's got a lot of punch to it, it's one of the few at that size and is a great balance of price for features.  And I just love seeing the tiny tweaks to stock Android.

Currently available at Bell, Virgin, Telus, Koodo and Videotron; ranging from 0 on plan to average of $350 outright (cheapest is Koodo at $312)