LG G4 being used by a pro photographer in Canadian cities

Posted by Ryan Moore on June 15, 2015
It's no secret the G4 is capable of taking some REALLY awesome photos.  Just look at what some of the TryLGG4.ca group is doing.

Plus when announced, LG had used a professional photographer to take some cool shots to showcase it's ability. 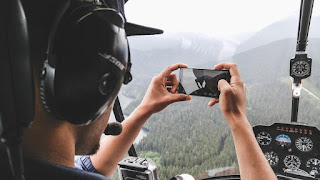 Well, in Canada they've worked with photographer, Jayscale, to take some really cool shots of some 'local' scenery in Montreal, Toronto and Vancouver.  And he does so with some gusto and real flair.

His works will be up for auction with the proceeds going to Make-A-Wish.

I've included a couple small thumbnails of his samples below as well as the press release if you're interested.  Jayscale also gives some tips on how to best takes some better shots. 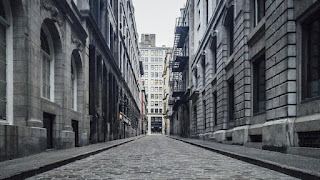 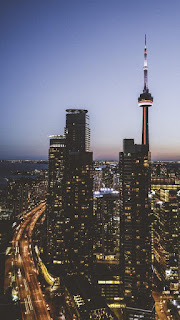 TORONTO, June 15, 2015 /CNW/ - The new LG G4 smartphone delivers unprecedented photo, image and viewing quality. Jayscale, Canadian daredevil photographer and social media sensation, puts the G4's camera to the ultimate test in a skyscraping photographic expedition across Canada. Using only the LG G4, Jayscale has captured breathtaking images of Montreal, Toronto and Vancouver from dizzying heights – taken with permission and safety precautions from rooftops, helicopters and iconic sites. The LG G4 features a leading-edge camera with outstanding low light capabilities, making it the ideal device to create spectacular cityscape photos from dusk till dawn. The resulting images will be sold to the highest bidder in an online auction benefitting Make-A-Wish® Canada. The auction is accessible to all Canadians online at LGG4Auction.com.
Unprecedented featuresThe LG G4 – which officially launches in Canada on June 19th – features a 16 MP front facing camera with advanced photography features for brighter, more detailed images, superior colour contrast and a manual mode offering more creative control than ever experienced in a smartphone. The camera is complemented by the world's first IPS Quantum Quad HD display providing a beautiful viewing experience on the 5.5-inch display and an elegant, optional leather back design or metallic back design (both included in box, and a curved form factor that fits comfortably in your hand).
"When I'm on the top of a building or snapping photos from a door-less helicopter I only have a few seconds to capture the perfect shot," said Jayscale, a Toronto-based photographer. "The advanced camera features in the LG G4, which include the option to output raw photo files, have allowed me to take my photography to new heights. I am excited to partner with LG to deliver a series of photos in the style of this new emerging art form taken from new perspectives. I'm happy the photos will raise money to help grant the wishes of children with life-threatening medical conditions."
Jayscale's Top Tips for Sky scraping Shots
About JayscaleJayscale, better known as Jamal Burger, grew up in and continues to reside in Toronto's Regent Park neighborhood. The 22-year old became interested in photography a little over a year ago. After sharing the images on his social media, the tremendous response from followers fuelled his photographic ambition. As his online following grew, so too did his range of photographic work which includes images created for major brands and high profile events. Jayscale's beautiful cityscapes inspire civic pride in his followers who routinely offer up access to their penthouse terraces, balconies and sky scraping locations to help him do what he does best.