YotaPhone 2 going on Indiegogo May 19th 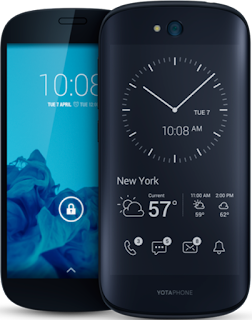 So, one of the more interesting devices we had seen come out of CES in the past years was this dual screen phone, the YotaPhone, which uses eInk on the back of the device to showcase some widgets and whatnot.

People who've used the first iteration loved the novelty of it.

Well, if you want to get your hands on the 2nd iteration it looks to be hitting up IndieGogo on May 19th (https://www.indiegogo.com/projects/yotaphone-2-world-s-first-dual-screen-smartphone#/story)

They don't mention price of the perks yet, but they have let out the specs (which they released a long time ago actually)


They look a little 'last year' specs, because this device was announced some time ago, but the novelty still has some great appeal.